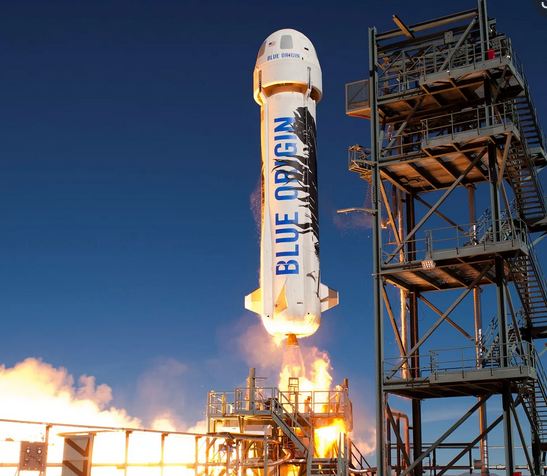 Jeff Bezos's space travel company Blue Origin, one of America's richest men, suffered a major setback on Monday when the booster of the New Shepard rocket launched by it fell victim to an accident. However, its capsule survived and it returned safely to Earth. Since it was a payload mission, there were no astronauts on board. But it is seen as a blow to the company's space tourism.

Blue Origin reported that the New Shepard rocket was launched at 8.30 a.m. Monday from the company's launch site in West Texas. It had no astronauts, as it was a payload mission. Blue Origin gave information about this accident by tweeting. The company said that as soon as the booster failed during the rocket's flight, the 'Capsule Escape System' ie the capsule saving mechanism was activated and it separated the capsule from the booster. After this the capsule landed safely on earth. The booster hit the ground. No casualties have been reported in this accident.

This was the 23rd mission of the New Shepard rocket. It was named after the first American in space. This is Blue Origin's first mission to fail. The company has also shared a short video of the incident. The mission, named NS-23, was to be launched in August, but its flight was stopped due to bad weather.

The push for space tourism
The incident comes as a blow to Blue Origin and the booming space tourism industry in America. Blue Origin launched flights for space travel last year. So far, 32 passengers have traveled to space at a fixed price. These passengers include company founder Jeff Bezos and Star Trek's William Shatner.