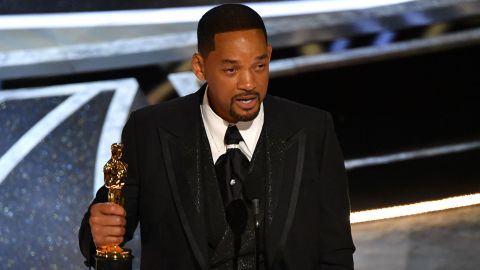 Will Smith has apologised for punching presenter Chris Rock at the Academy Awards on Sunday.

"It's part of the job to make jokes at my expense," he wrote, "but a joke about Jada's medical condition was too much for me to handle, and I reacted emotionally."
"Chris, I'd like to officially apologise to you.
I was out of line and I was wrong. I am embarrassed and my actions were not indicative of the man I want to be. There is no place for violence in a world of love and kindness."

Smith added in his post that, "Violence in all forms is poisonous and destructive."

He also included in his note an apology to "the Academy, the producers of the show, all the attendees and everyone watching around the world," as well as the family of tennis stars Venus and Serena Williams and those involved with the film for which he won his best actor award on Sunday. "I deeply regret that my behavior has stained what has been an otherwise gorgeous journey for all of us," he wrote. "I am a work in progress."