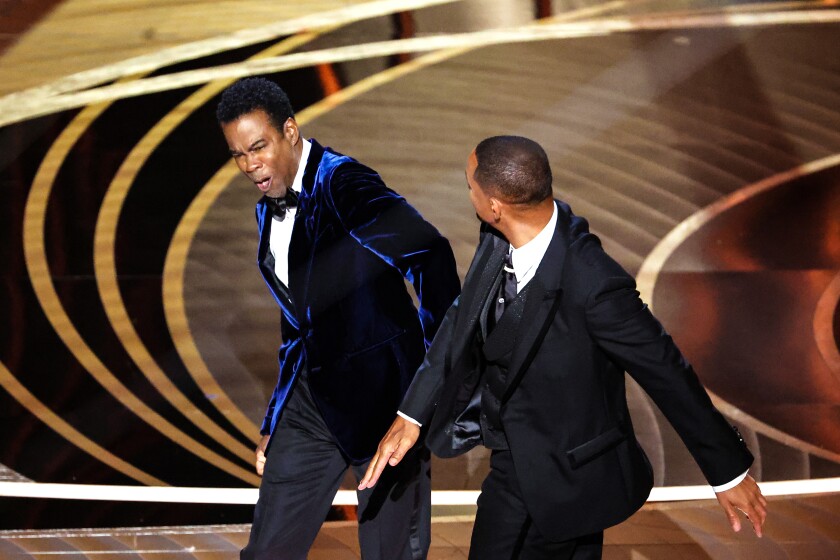 Will Smith known for his acting and perfection, gets angry for taking his wife's name. And, it got real when he jumps to stage to slap the host Chris Rock on his face. After slapping he also shouted "Do not take my Wife's name from your fxxxxking mouth. He was offended with the unsolicited jokes by Chris on his wife Jada Pinkett Smith. This is not the first time Will has slapped someone in front of the cameras. Earlier he had slapped a Journalist who had tried to kiss him on lips during an award function. This time everyone is talking about his Oscars 2022 and this incident. Later Will was taken aside by Denzel Washington and Tyler Perry and they comforted him. It seemed that they also are on Will's side. This year Will won in the Best Actor category for his performance in King Richard. He plays the father of tennis legends Venus and Serena Williams in the movie.