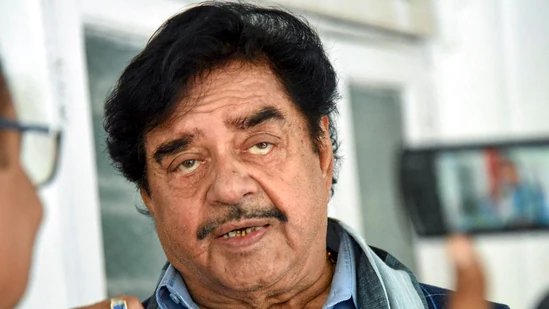 Asansol 17th April, 2022 Biswajeet Dev: In a massive victory, the Trinamool Congress has swept the by-elections in Bengal from the Asansol lok sabha seat and the Ballygunge assembly seat. The Congress swept Maharashtra's Kolhapur North, while the RJD claimed Bihar win.

In a setback to BJP, the party lost one Lok Sabha seat in Bengal and four assembly constituencies in the bypolls . Shatrughan Sinha has won Asansol lok sabha seat by over 3 lakh votes. This is first time tMC has own this seat, so tothat extent this victory is very special to Mamata. While Congress has won Khairagarh seat in Chhattisgarh and the Kolhapur North constituency in Maharastra. And RJD has won the Bochahan assembly Bihar.

I was expecting TMC to win both LS and the assembly seat for two reasons - firstly the ruling party always has a upper edge in by poll and secondly BJP has lost much of its momentum in Bengal. However till then people were expecting the Asansol battle to be exciting in the light of BJP’s recent victory in four states and also TMC never won the seat before. But the margin of victory has prove that BJP was practically out of contention. Chhattisharh and Maharastra seats going to Congress could understood, INC being ruling party.

Victory in two assembly seat for Congress has been a major respite after defeat in five states’ elections. I feel the reason for BJP’s defeat in all these seats is its failure to build up momentum. BJP is largely dependent on building up momentum to win election. However it is difficult to build such tempo on piece meal basis. Look at the victories of BJP in 2020, 2021 & 2022. It won only in those states where it was in power. So somewhere it is important to be in power to win election. You can interpret it in multiple way - you can say the party won because it did good job, or people can say that state and central government machinery was used to win election.