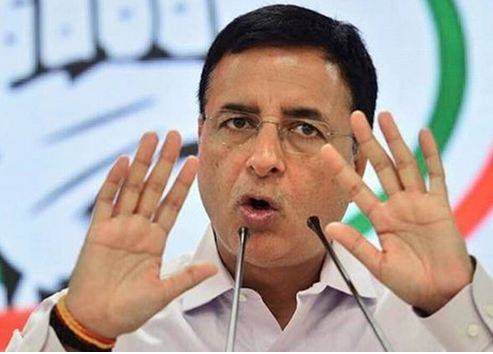 Ajay Sandhu, the security agency operator, resident of Kaut Kalan, Hisar, had given a complaint to Home Minister Anil Vij in 2019.

Vigilance investigation has started against Congress National General Secretary and former Power Minister Randeep Surjewala and his supporter Ishwar Nain for alleged disturbances in EPF and ESI of employees. Vigilance is also questioning the electricity employees in this matter. Panchkula Vigilance Bureau DSP Devindra Singh wrote a letter to the Bhiwani district superintendent of Dakshin Haryana Bijli Vitran asking eight employees to join the investigation on May 24.

Over 10 personnel have been called on 23 May. Earlier on May 18, he was supposed to join the investigation but no employee reached. Ajay Sandhu, the security agency operator, resident of Kaut Kalan, Hisar, had given a complaint to Home Minister Anil Vij in 2019. Sandhu had told that in the year 2009-10, Randeep Singh Surejwala was the power minister.

Nain made Surjewala meet him. In return, Nain made him a partner in his tender. At that time, about four thousand linemen and assistant linemen were recruited under contract across the state. They were neither given EPF nor ESI. On this, the Electricity Corporation complained of service tax evasion and EPF, ESI theft. FIRs were registered in 11 districts including Bhiwani. Sandhu said that only he was made an accused, while no action was taken against anyone else.