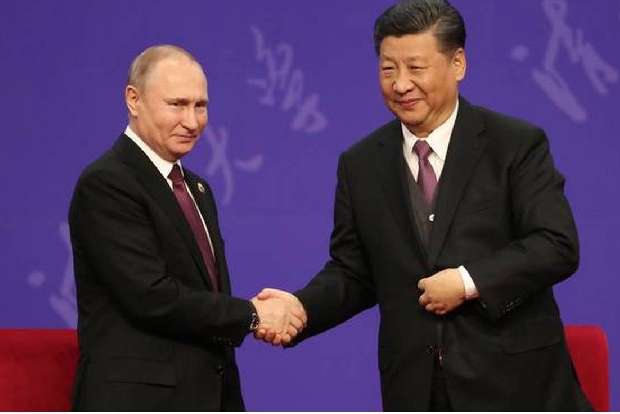 In recent years, the two leaders of China and Russia held talks about 38 times and communicated with each other over 100 times through various means including phone calls and letters, Xinhua news agency reported. This is unique among leaders of major countries, Le said. "In a cordial and friendly atmosphere, President Xi and President Putin had an in-depth and thorough exchange of views on China-Russia relations and a series of major issues concerning global development and stability, drawing up a blueprint and charting the course for China-Russia relations under the new historical conditions," he said.

The two presidents issued a joint statement, which will have an important and far-reaching impact on improving the global governance system under the new situation, Le said, adding that the joint statement has become the most important political achievement of their meeting on Friday. China and Russia signed nearly 20 documents on cooperation in areas including economy and trade, investment, energy and sports, laying a solid foundation for deepening bilateral pragmatic cooperation.

Putin, who is on a visit to China, attended Friday's opening ceremony of the Beijing 2022 Olympic Winter Games.