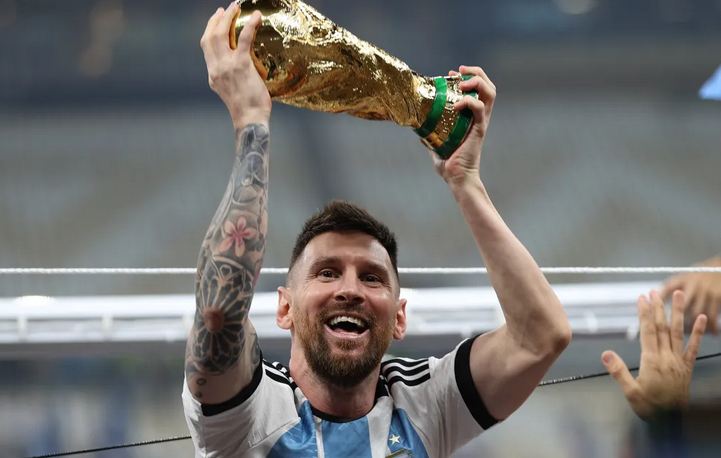 Lionel Messi had a disease called Growth Hormone Deficiency. If it had affected Messi, he would have remained a dwarf and the world would not have found this great football player.

The FIFA World Cup 2022 is over. The final match of this tournament was played between Argentina and France. The command of Argentina was in the hands of Lionel Messi. The 35-year-old Messi, playing his last World Cup, died by making Argentina the champion. At present, Messi is counted among the greatest football players in the world, but there was a time when Messi himself did not think that he would become such a big name in the world of football.

Messi was setting his mind to the world of football when he was diagnosed with Growth Hormone Deficiency. The physical development of children suffering from this disease stops and they remain dwarf. Messi had shown his glimpse in the world of football. River Plate was willing to take him on but could not afford his treatment.

Knowing about Messi's illness, his family was worried. Meanwhile, Barcelona started a talent hunt program for young football players and Messi was selected in it. After this, Barcelona bore the full cost of Messi's treatment and he was not affected by the disease. Messi had stepped into professional football, but it took almost a year for him to settle in Europe. He became part of Argentina's B team and scored a goal in almost every match. Messi stayed with this team for 14 years.

Messi made his debut for Barcelona at the age of 17. He made his debut in 2004 and became the third youngest player to play for the club. In May 2005, Messi scored his first goal for the main team of Barcelona. In June he signed with Barcelona as a senior player and since then there has been no looking back.

Messi appeared for the first time in the 2006 World Cup. Since then, he has played the maximum number of 26 World Cup matches. During this, he has scored the maximum 13 goals for Argentina. Messi won the first Ballon d'Or title at the age of 22. In the year 2021, he separated from Barcelona.

In 2008, Messi led Argentina to the gold medal at the Beijing Olympics. However, he could not score any goal in the 2010 World Cup and his team also faced defeat. In 2014, his team lost to Germany in the final and Messi was in tears. Messi's last wish was to win the World Cup, which he fulfilled in the year 2022.