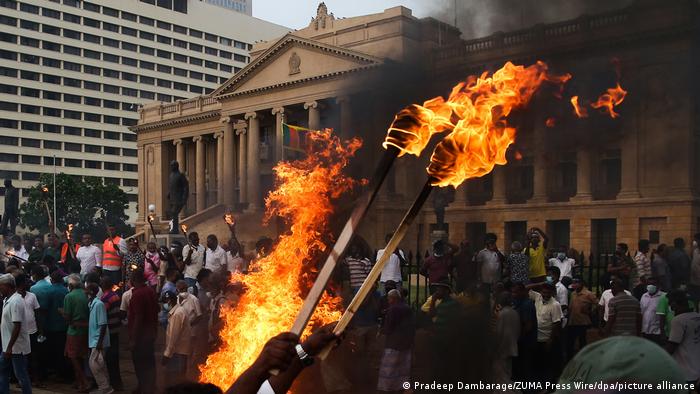 Speaking to reporters, Education Minister and Leader of the House, Dinesh Gunawardena said the Cabinet Ministers handed over their resignations to Prime Minister Mahinda Rajapaksa.

He proffered no reason for the mass resignation.

However, political experts in Colombo said the ministers came under intense pressure from the public over the government's alleged "mishandling" of the economic crisis, triggered by the shortage in the foreign exchange reserve.

Wide spread public protests were seen throughout the evening in spite of the imposition of curfew which is due to end on Monday morning.

The enraged public has been demanding the resignation of President Gotabaya Rajapaksa.

The government declared a state of emergency after an angry mob surrounded the private residence of Rajapaksa on March 31.