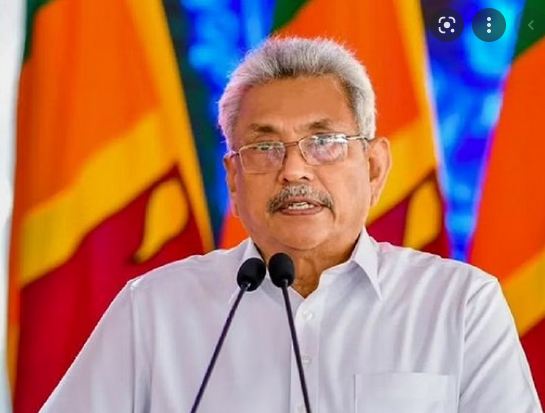 President Ranil Wickremesinghe's efforts to bring political stability to Sri Lanka do not seem to be successful at the moment. By forming an all-party government, Wickremesinghe wants to send a message that there is a political consensus in the country on the measures to be adopted to get Sri Lanka out of the economic crisis. But there is no indication that opposition parties will accept his offer to join the all-party government. On the contrary, some left-wing lawmakers have intensified their campaign in the country against the conditions of the International Monetary Fund (IMF).

Sri Lanka's main opposition party Samagi Jana Balabegaya (SJP) has now made it clear that it will not accept any post in the proposed all-party government. Party leader Sajith Premadasa has said that the formation of an all-party government will not lead to 'system change' in the country. Whereas the need is to change the whole system. Premadasa has said- 'We will not accept the post of minister, because doing so will not change the system. Rather, it will only change seats and encourage corruption.

Premadasa has said that if the President wants his party's support, he is ready to provide it. But the SJB wants to do so by joining parliamentary committees. Even by cooperating from there, she will be seen standing with the nation. Premadasa said- 'Even if I am invited by the President of America or the Prime Minister of Britain, even then I will not accept any post. Rather, I would like to be seen standing with my nation, my country.

Premadasa said these things in a program organized by women activists who were involved in the Aragayala (people's struggle) that lasted more than four months in the country. In that program, the economic crisis of Sri Lanka and its impact on women were discussed in detail. According to observers, it now appears that groups associated with Aragayala are adopting a strategy to advance their campaign in collaboration with the opposition. Premadasa was also mistreated by a mob when hundreds of Aragalaya-affiliated activists attacked the Rashtrapati Niwas in July. But now the women activists invited Premadasa to preside over their program.

Representatives of many groups from across the country who were associated with Aragayala attended the event. They also included representatives of the deaf community, lawyers, and government employees. The SJB has expressed resolve to take up the demands of these workers. The party spokesperson said on Wednesday that the government should seriously consider the demand of women workers. The party has also placed before the government the demand for justice for the workers who were injured during the raids on the protest sites on 22 July.

One of the major demands of women's organizations is to provide free sanitary napkins to all women in the country. Premadasa said that he had raised this demand in Parliament in 2019 itself. But then he was mocked. The government did not pay heed to it. Now his party will again insist on this demand.