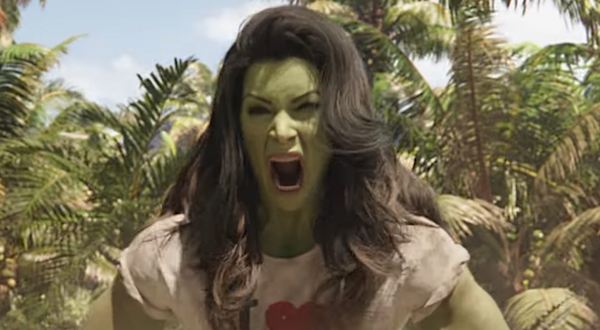 This world has never been the same since the arrival of Captain Marvel in the Marvel Cinematic Universe (MCU). Miss Marvel has also come to this world. The Eternals were seen on the big screen by people all over the world and now it is the turn of the lady superhero She Hulk. Some 32 years ago a television movie started being made, 'The Death of the Incredible Hulk'. She Hulk was initially supposed to appear in this film but neither the film was made nor the avatar of She Hulk was revealed. After this, another attempt to make a film on this character failed and then at the D23 Expo in the year 2019, Marvel Studios announced to make a web series on this character. Jessica Gao, who met with the veterans of Marvel Studios to make 'Black Widow' and 'Shang Chi and the Legend of the Ten Rings', did not get a chance there, but she did win the opportunity to create this series.

She Hulk New Episode Every Week
Every week from Thursday, one episode of the web series will air on OTT Disney Plus Hot Star. Although all the episodes of the previous series 'I'm Groot' were released by Marvel simultaneously. This is the eighth web series in the expansion of the Marvel Cinematic Universe, which started spreading with 'Wanda Vision' last year. Since the series of these series has now started connecting with Marvel's films as well, the audience's interest in these digital stories of MCU is also very high. One of the major reasons for interest in the web series 'She Hulk' is that a lawyer-turned-superhero character is already in the MCU as a daredevil. As soon as Charlie Cox came on screen in the film 'Spider-Man No Way Home', the kind of noise created by the audience sitting in the theaters, it was understood that this character is going to cause some more 'sabotage' in the MCU. supernatural powers found in

She Hulk is here as Hulk's cousin. In the MCU, she comes under the name of Jennifer Walters. He is a lawyer by profession and when his brother meets with an accident, he gets his brother's blood in his blood. The transition takes its toll and the plain-looking Jennifer becomes the giant Hulk. People give him the name of 'She Hulk' which he does not like. Watching the first four episodes of the series, it is understood that this character is the first superhero in the MCU who has no fascination with supernatural powers nor is he happy to have these powers. And this is what connects him directly to the audience of the current generation. Jennifer Walters is also among those satisfied with their own world. Instead of doing something 'great', she wants to live a life of peace on her own terms. Hulk tries to teach him the formulas to control his anger, but it turns out that this Hulk is not his Hulk. Connections to other characters in the MCU

The story of the web series 'She Hulk' has to progress episode by episode, so writing too much about it can spoil the fun of the audience. But, the all-round style with which Tatiana Masleny has lived this character is the real joy of this series. However, his philosophy of 'live and let live' does not seem to be successful in spite of his lakhs of wishes. Jennifer loses her job to save a jury from an attack in court, but the same company also takes her back to their superhero branch the very next day. He has a friend with him. His She Hulk avatar is also a hit on social media. There is also a line of boys behind her for dating and in the midst of all this she gets a case to get Emil Blonsky parole from prison. Do you remember Abomination? He was last seen in 'Shang Chi and the Legend of the Ten Rings'. After Hulk, the story of this series connects with the past MCU through abomination and along with this comes other popular characters of the MCU in the story.