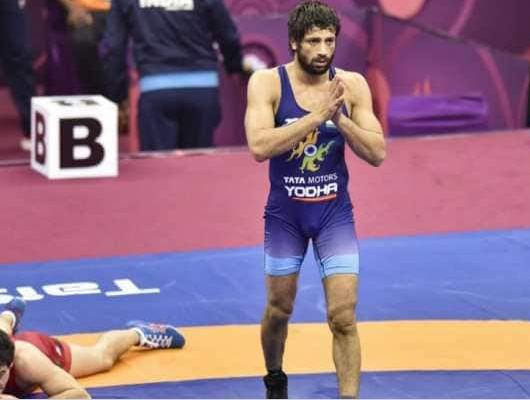 India has so far won 40 medals in the Commonwealth Games 2022. On Saturday, the players of Haryana dominated the ninth day as well. Ravi Dahiya, Naveen and Vinesh Phogat won gold in wrestling. So there Pooja Sihag, Pooja Gehlawat, Deepak Nehra won bronze medals in wrestling. Apart from this, Jasmine won the bronze medal in boxing. Also on Saturday, three boxers from Haryana ensured their silver and made it to the final. Amit Panghal of Myna village of Rohtak, Sagar Ahlawat of Jhajjar and Neetu Ghanghas of Bhiwani have reached the file.

In Birmingham, England, Saturday was named after the people of Haryana. Farmana ki Ladli Pooja Gehlot gave the first opportunity to the people of Haryana's Sonepat to dance. He brought bronze to the country. After that, Sonipat's dunk went on ringing. When Ravi Dahiya won the gold, the chants of Mother India started in Chhatrasal Stadium. At the same time Vinesh also earned golden success for the country. In Kharkhoda, her mother-in-law and other family members started dancing happily and shared the happiness by distributing sweets. The victory of Naveen of Pugathala filled the family and villagers with enthusiasm. Everyone started dancing happily.

On Saturday, the eyes of the countrymen were fixed on the matches of the wrestlers. The thrill of wrestling, which started at three o'clock in the afternoon, reached its peak by nightfall. All the four wrestlers performed brilliantly, living up to the expectations of the countrymen. While Olympians Ravi Dahiya, Naveen Kumar, Vinesh Phogat won the gold medals, Pooja Gehlot gave the emerging nation bronze after losing in the semi-finals. From noon onwards, Ravi Dahiya's brother wrestler Pankaj Dahiya and coach Arun Kumar along with other wrestlers started celebrating at Chhatrasal Stadium in Delhi. At the same time, in Naveen's village Pugathala, the family and villagers started celebrating with the first victory of the son from noon. On the other hand, the sweets started being distributed as soon as the daughter-in-law won gold in the finals of Vinesh Phogat's in-laws in Pratap Colony of Kharkhoda. There was a great celebration.
Ravi Kumar Dahiya won silver medal