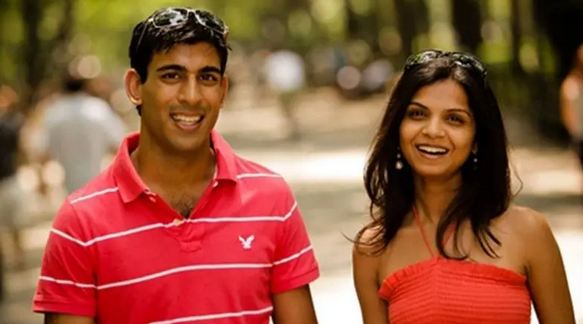 Indian people are making all efforts for the victory of Rishi Sunak, the former foreign minister involved in the race for the post of Prime Minister of Britain. All NRIs living in Britain are campaigning in favor of Sunak. Havans are also being performed for his victory.

Following the resignation of PM Boris Johnson, the ruling Conservative Party is waging an election campaign to elect his successor. The new PM will be selected through the final voting of party members in September. The election process is going on in several phases. In the stages so far, Sunak's rival Foreign Minister Liz Truss is leading. In the two opinion polls held so far, Truss has taken the lead over Sunak.

The Indians have full faith in Sunak. He believes that Sunak can get Britain out of the financial crisis. That is why we are praying for his victory and praying. They say that Sunak is Indian, so we are not doing Havan and prayer, but he is a capable candidate, so we are wishing him victory.

Recently there was an argument on television between Sunak and Truss. In this, Sunak won among the members of the Conservative Party. This is encouraging to Sunak. Issues like rising cost of living, energy bills, inflation top the agenda of the election debate.

1.5 million Indians in Britain
The Indian diaspora is one of the largest ethnic minorities in the UK. About 1.5 million Indians live in Britain. They make up about 2.5 percent of the total British population. They contribute six per cent to the UK's GDP. According to Grant Thornton's annual report, the number of Indian companies in the UK was 805 last year, which has increased to 900 in 2022. Their revenue is 54.4 billion pounds. That's over £50.8 billion in 2021. Sunak also has a big contribution in this success. The success story of Indians catches everyone's attention in Britain.