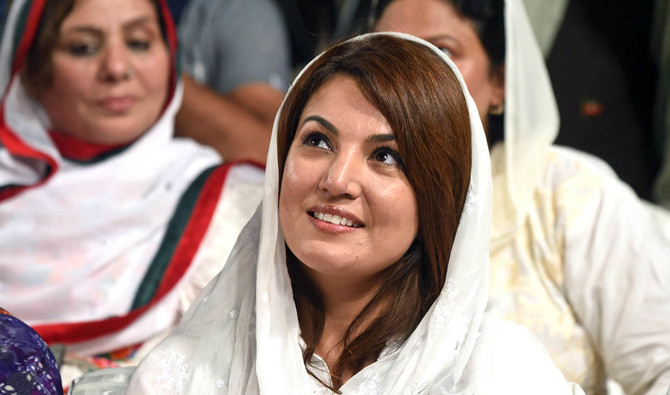 Imran Khan came to office in 2018 promising to build a "Naya Pakistan," but he failed miserably to address the fundamental challenge of keeping commodity prices under control, allowing the Opposition to label his government "inefficient."
Imran Khan's ex-wife wrote on Twitter: "Imran is no longer alive!!
I believe we should concentrate on working together to clean up the mess that Naya Pakistan has created."
She claimed that what Imran Khan lacks is "knowledge and capability," citing the Pakistan Prime Minister's address to the nation, in which he stated that by God's grace, he does not require anything because he has achieved everything in life, including fame, fortune, and power.
Reham Khan, on the other hand, agreed with Imran Khan's statement, saying that when he was younger, he imagined Pakistan rising to the top.

"Yes, Pakistan was great when you were not the PM," Reham Khan tweeted sharply criticising the speech.

On Thursday, Pakistan's Prime Minister declined to quit, stating that he will continue to serve until the final ball is thrown.

Imran claimed in his Thursday address to the nation that his party's rebellious legislators have sold their conscience.

"Someone requested that I resign. I'm going to resign?

I've been playing cricket for 20 years and will continue to do so till the last ball is thrown.

"You will see that I will emerge stronger after the vote (on no-confidence), no matter what the result of the vote is," Khan remarked, adding, "I have never given up in my life.""

Imran Khan said he grew up in a different Pakistan in his speech on Thursday on Pakistan's lost greatness.

He used to go to school with Malaysian princes.