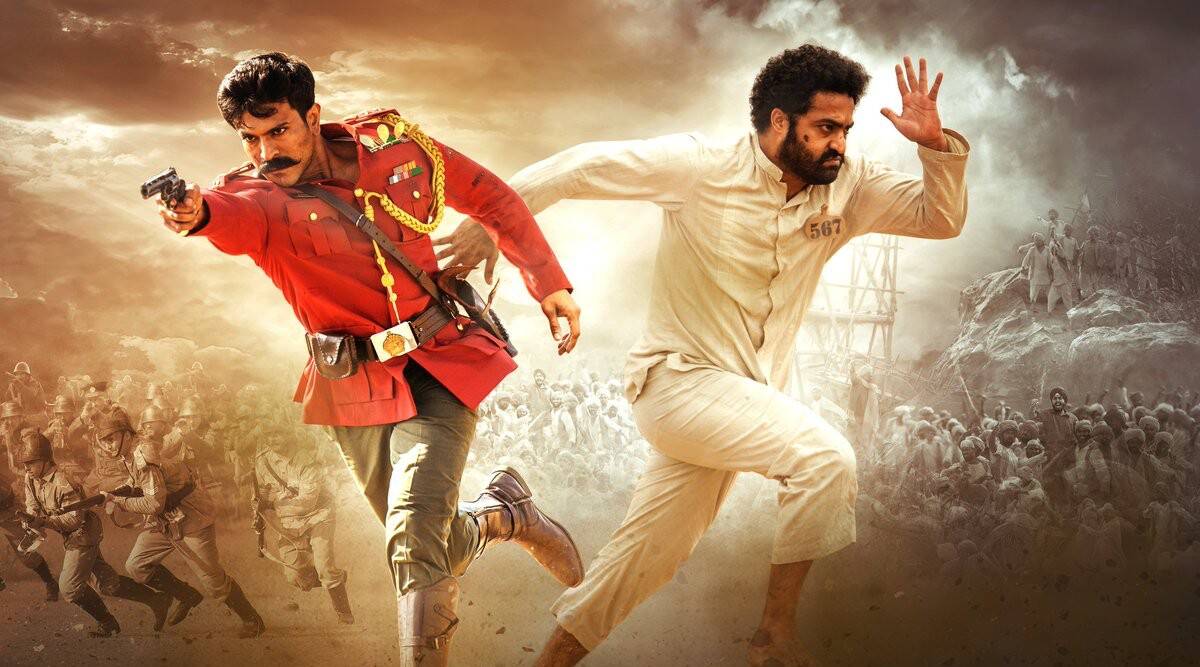 The British empire was notoriously brutal, as everyone knows.But who knew they were so obsessed with tattoos that they'd risk everything to keep a tribal kid hostage and incite a tribe's wrath?
S S Rajamouli has a flair for creating massive visuals and fascinating films out of zany stories and overarching ambition, but RRR feels like he came up with the concept during a birthday party, where tattoo artists sit in one corner making colourful drawings on every child's hand. The roles are reversed in all but RRR.

When a pre-teen Gondi tribe girl's nightingale voice and afore-mentioned tattoo gift capture the interest of a domineering, monstrous British lady (a wonderfully hammy Alison Doody), it's the 1920s and India has yet to attain independence. She decides to kidnap the child, causing much commotion and heartbreak.

This act of injustice serves as the catalyst, or as Rajamouli refers to it, "The Story" of RRR — which stands for Roudram Ranam Rudhiram or Rise Roar Revolt, depending on whether you're watching the Telugu original or the Hindi dub, as I did.

The film starring Jr. NTR, Ravi Teja and Ajay Devgan is surely a major blockbuster hit not only in South but in Northern India too. People are getting closer to accept South media as a generic Genere, rather than calling it Regional.