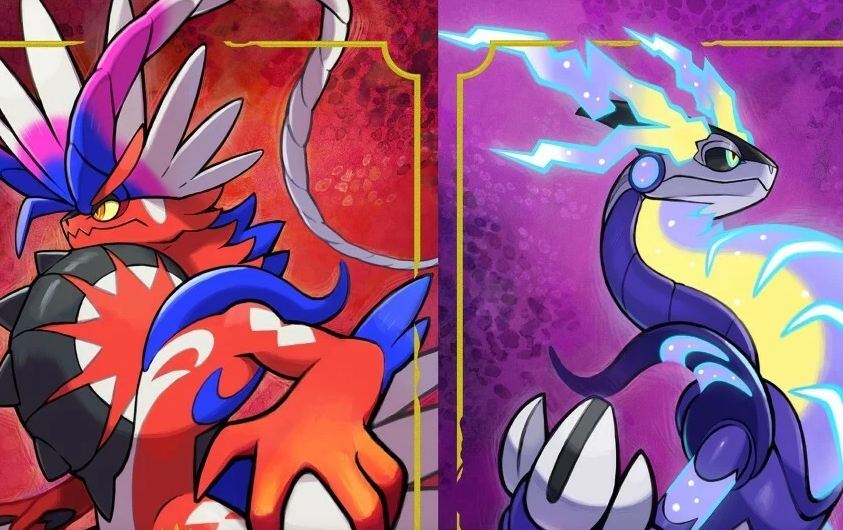 If you are a fan of gaming, then we have brought big news for you. The trailer for Pokémon Scarlet and Violet is out and the release date has also been revealed. The latest edition of the long-popular Pokémon game series is set to arrive on Nintendo Switch on November 18. Along with this information came the 3-minute long trailer for Pokémon Scarlet and Violet. Let us tell you that this game will be the first completely open-world Pokémon game that will allow players to explore any area of ​​their choice instead of going by story. Pokémon Scarlett and Violet will also feature a new 4-player co-op multiplayer experience as well as traditional trading and multiplayer modes.

According to the new Pokémon Scarlet and Violet trailer released by Nintendo, it will bring two new legendary Pokémon Coradon and Miradon. Coradon will be seen in Pokémon Scarlett, while Miradon will be seen in Pokémon Violet. Apart from these, players will start the game with new starter Pokémon, Grass Cat Sprigatito, Fire Croc Fukoko or Water Duckling Quaxley. The trailer also featured two new Pokémon trainers Sada and Turo who will be seen as Pokémon Scarlet and Pokémon Violet. Apart from this, it will also have Nemona, which will act as an in-game guide for the players.

Let us tell you that the exploration in Pokémon Scarlet and Pokémon Violet will not be limited to the story. Players will be able to view or move around any area in the order of their choice. This time 4 player co-op multiplayer experience will also come. Nintendo hasn't even revealed whether the games will feature specific co-op multiplayer. At the same time, co-op parties will be able to see the entire map. However, the Pokémon Scarlet and Pokémon Violet trailers show the co-op party exploring vastly different regions.

The Pokémon Scarlet and Pokémon Violet games will be released on the Nintendo Switch on November 18th. Their digital versions are available for pre-order on the official website.