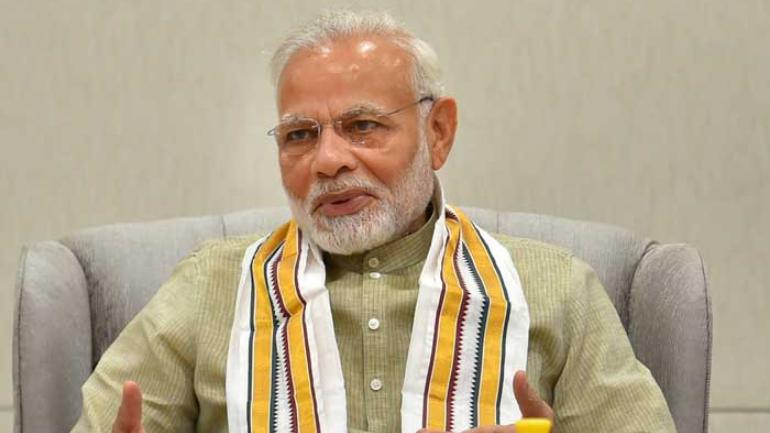 “After the 2019 (Lok Sabha elections) win, some political experts said it was already decided in 2017 (UP Assembly elections). I believe they will say the same for 2024 (Lok Sabha elections), that the 2022 has decided the results of 2024,” PM Modi said, addressing party cadres in the BJP headquarters.

PM Modi, who thanked voters, especially women, youth and first-time voters for giving “verdict for India’s bright future” that goes beyond “caste politics”, said “jativad (casteism) is a major cause of worry for country’s future” and results today prove that people’s belief on the BJP’s “neeyat, niti and nirnay”.

“This is the first time that a government has returned to power in UP. Also, the BJP’s vote share has increased in all four states. In Goa, we are forming the next government despite being in power for 10 years, increasing our seats, likewise in Manipur.

“From a hill state in north to a beach state in the west to a state in the northeast to a state along the Ganga, the BJP has received blessings from all corners of the country,” he said, a day before he holds a roadshow in Ahmedabad during his visit to next poll-bound state Gujarat

The PM said their challenges were different but what connected them was people’s belief in the BJP’s “neeyat, niti and nirnay” and wherever there was “double engine government people’s interests were protected”. “I am not the type of person who will sit peacefully till the time each and every poor person get his or her right,” he said, promising “100 percent saturation” to each and every poor and beneficiary”.

Calling it a day of ‘utsah’ and ‘utsav’ of India’s democracy the PM said Uttar Pradesh has given many prime ministers but it was the first time, the people of the state have returned a chief minister after he has completed five years.

While praising party cadres in Punjab for holding the BJP flag high despite “vipreet paristhiti” (adverse conditions), PM Modi said the party will emerge in Punjab as a major “shakti” (power) in the state in the next five years.

“I can see…Being a border state, the BJP cadres will continue making the people aware of the divisive politics in the coming five years, I want to ensure this to people of Punjab,” he said

The Prime Minister also mentioned the Ukraine-Russia crisis and the effects it will have on India’s economy and supply-chain.

“The elections happened at a time when the country was passing through the biggest crisis in 100 years. Now the war has increased the problems, hampering the supply chain adversely.

“To overcome these challenges India took several decisions on the economic front and to help the poor, moving ahead with caution. Because of our policies we kept connected with the ground.

Stating that the effect of war is being seen on all developing countries, the PM said India is in favour of “resolving issues peacefully”.

“However, India has deep connections with countries engaged in the war, including economic and imports. The prices of crude and edible oil like sunflower are increasing rapidly and so are that of coal and fertilisers, Because of war inflation is increasing, challenges developing countries in particular are facing are increasing,” he said, adding that the decisions in the general Budget helped India.

The PM also slammed the Opposition for “playing politics” at times like this.

“While the country’s citizens are engaged in ‘rashtra nirman’ (nation building) some people are continuously lowering the level of politics in the country. They tried to mislead the people in times of Covid and are now on India’s evacuation programme, leading to apprehension in children while increasing the worries of their families,” he said