One bottle of Petrol for Rs 150 in Assam 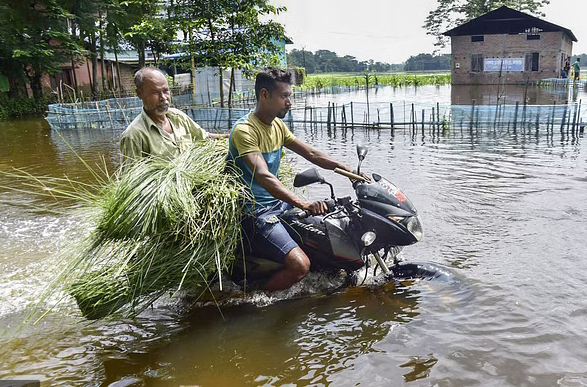 Earlier, the Central Young Mizo Association (YMA) has supplied about 15,000 liters of bottled water to the people of Assam who were trapped in the floods. Let us inform that according to the Assam State Disaster Management Authority (ASDMA), till Friday 33.03 lakh people have been affected in total 28 districts of Assam. In such a situation, it is becoming difficult for people to take such an expensive water bottle. It is being told that this situation is not only in Silchar but almost everywhere the situation is like this.

Earlier, the Mizoram government had decided to provide drinking water to the flood-affected Assam and CM Zoramthanga had also tweeted about it. Chief Minister Zoramthanga on Sunday discussed the flood situation with his Assam counterpart Himanta Biswa Sarma over phone and plans to send drinking water to the affected areas in the neighboring state.