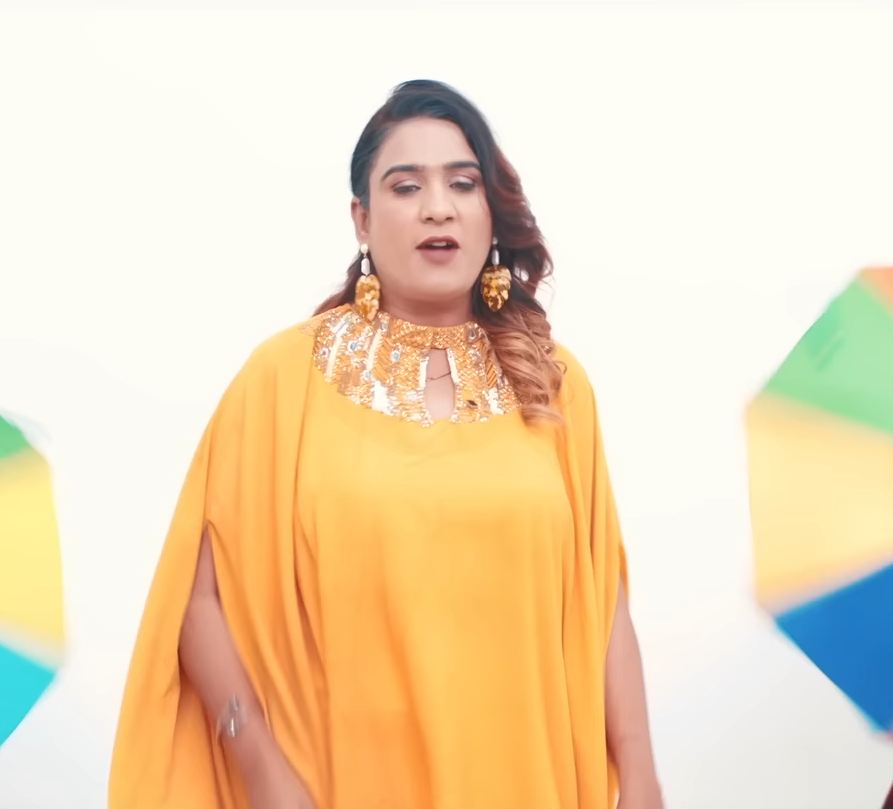 Chandigarh 09th May, 2022: Sufi music is the food of soul. It reaches our soul and satisfies it. My goal is to inculcate Sufi music in the mind of every listener.  Along with this, in the era of remixes, I want to once again introduce the youth to the definition of music, says famous Sufi singer Samarjeet Randhava.  Samarjeet sings Sufi music, Qawwali and devotional songs. Today Samarjeet's new song 'Naina Di Katari' has been released by Zee Music. Naina Di Katari is Samarjeet's first Punjabi beat song which she has written and composed herself.

Samarjeet Randhava is very famous for her Sufi singing and has done more than 50 songs till now.  She has received many awards and represented Sufi and devotional songs in foreign countries also. Today, during a press conference at the Press Club, she told that music is an important part of life for me. Without it my life is incomplete. Samarjeet has recently left Mumbai and has settled in Chandigarh permanently and wants to work for the progress of the people here. Samarjeet has also been associated with social service for a long time.  She has a social service organization named Samarjahan Foundation.  Under this foundation, under a project named 'Roshni', she is providing free education to 50 poor children of Mohali.  Along with this, she is associated with schemes like Namami Gange, Swachh Bharat Swasth Bharat etc.

Chandigarh Mayor Sarabjit Kaur reached the Press Club and praised Sufi Singer Samarjeet Randhava for her thinking and social service for children. Talking about the song 'Naina Di Katari' released today, Samarjeet said that she herself has written and sung this song whose music is done by Rishit Chauhan and video by Samrat Singh. Very soon Samarjeet's songs will be heard in Hindi films as well.  Samarjeet's goal is to inspire maximum people with her singing and guide the youth.