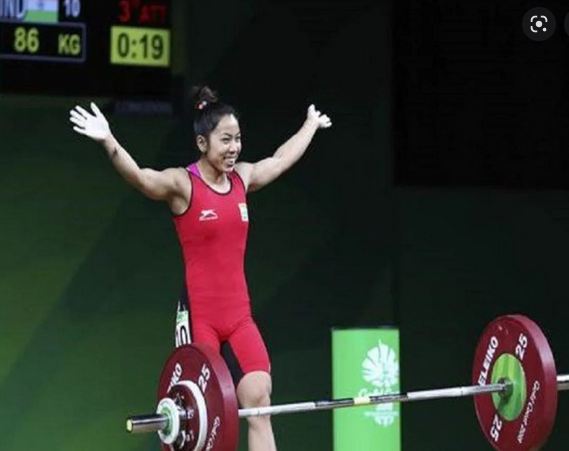 This is the highest weight lifted by a female athlete in the snatch round in Commonwealth Games history. Along with this, Mirabai also equaled her personal best. Meera has lifted 88 kg at the national level. Chanu's personal best performance in 49kg is a total of 203kg (snatch: 88kg, clean and jerk: 115kg), which she made at the 2020 National Championships in February. However, Mirabai's third attempt failed. In the third attempt, Meera thought of lifting 90 kg, but she lost her balance and she failed. In the Tokyo Olympics, Meera had tried to lift 89 kg in her third attempt, but she failed in that too. However, despite not being able to lift 90 kg, Meera topped the snatch round. He maintained a 12 kg weight lead over the second placed weightlifter.

Mirabai Chanu lifted 109 kg in the first round of clean and jerk. He also won the gold medal with this, as no one was close to him. However, even after this, he made a second attempt and lifted a weight of 113 kg. In the third attempt, Mirabai tried to lift a weight of 115 kg, but failed. His weight of 115 kg is best in clean and jerk. Mirabai had given the country an Olympic medal in weightlifting last year after 21 years. In the Tokyo Olympics, Meera lifted a total of 202 kg in the 49 kg weight category and won a silver medal. Karnam Malleswari won a bronze medal in the 2000 Sydney Olympics before him. Mirabai has been winning medals in three consecutive Commonwealth Games. Meera won a silver medal at the 2014 Glasgow Commonwealth Games and a gold medal at the 2018 Gold Coast Commonwealth Games. Mirabai has never looked back since missing out on a medal at the Rio Olympics in 2016 and continues to carry the flag of success. In the 2016 Rio Olympics, Mirabai was unable to lift the weight properly in any of her attempts. His every attempt was disqualified. In 2016, when Meera could not lift weights, her name was written - 'Did not finish'.