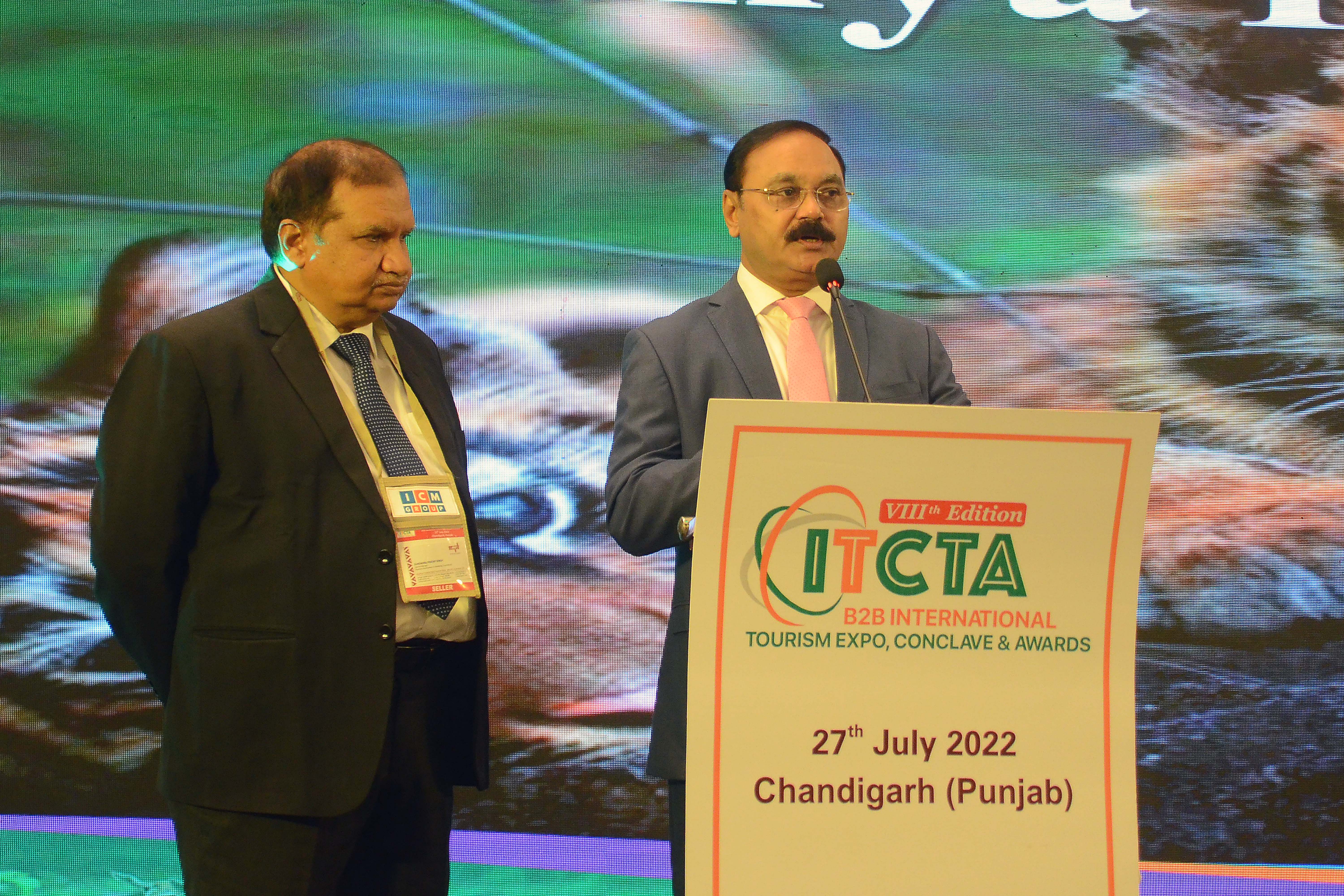 Zirakpur/Chandigarh, Madhya Pradesh tourism organized a road show on Wednesday with a sole motive to introduce the tourism potential to the local people.

Madhya Pradesh Tourism Department's Deputy Director Yuvraj Padole and GM Surendra Pratap Singh, who are leading the roadshow, said that there are full-fledged tourism activities round the year in India's second largest state. They informed that this is the reason why tourist flow is increasing year after year. In the year 2019, nearly  eight crore domestic and international tourists witnessed the beauty of the state including 3.73 lakh foreigners.

Addressing the media, Padole said that the biggest wealth of the state is its forests and tigers. Madhya Pradesh has the largest number of sanctuaries in the country which spread across  94 thousand square kilometers. These include 11 national parks including seven tiger reserves, 24 wildlife sanctuaries which became the home of 526 tigers. The heritage of forests in the state is so rich that the famous historian and author Rudyard Kipling wrote The Jungle Book inspired by the jungles of Madhya Pradesh.

He said that apart from the forests, tourists also come to witness the heritage which is recognized by UNESCO. These include the architecture of Khajuraho temples, the Sanchi Stupa, a symbol of world peace built by Emperor Ashoka, and Bhimbetka, a rich heritage of painting from the prehistoric period. He revealed that due to the rich heritage, Orjha and Mandu have also been shortlisted in the UNESCO World Heritage List.

According to Padole, among the festivals celebrated in the traditional Panchang calendar of the country, the Tourism Department has been organizing the festivals of State, National and International repute throughout the year, including Orjha Festival, Mandu Festival, Jal Mahotsav, Gandhi Sagar Festival, International Khajuraho Dance Festival, Tansen Music Festival and Pachmarhi Monsoon Marathon and Tour de Satpura, which are organized in monsoon etc. are prominent.

He said that the tourism department has encouraged food trail, textile trail, craft trail etc. under many initiatives so that the rich heritage of the state should not be lost in the modern times. Not only the traditional food of the state is being promoted in the food trail but popular street food of the state is also being promoted in the cities. Efforts are being made to make artisans of special zonal handlooms like Chanderi and Maheshwari self-reliant in the textile trail.

Surendra Pratap Singh informed that MP State Tourism Development Corporation has 67 properties across the state which are divided into Residency, Resort, Water and Sports Complex and Budget Hotels and welcomes tourists throughout the year.

According to S Vishwanathan, MD, MP Tourism, and Sheo Shekhar Shukla, Principal Secretary, Tourism and Culture Department, MP has been awarded in the category of 'Most Film Friendly State' at  the 68th National Film Awards last week. They said that the biggest reason for credit is the beauty of the state, the wide facilities and the single window system for the permission given by the government has always attracted the filmmakers and makers of web series.