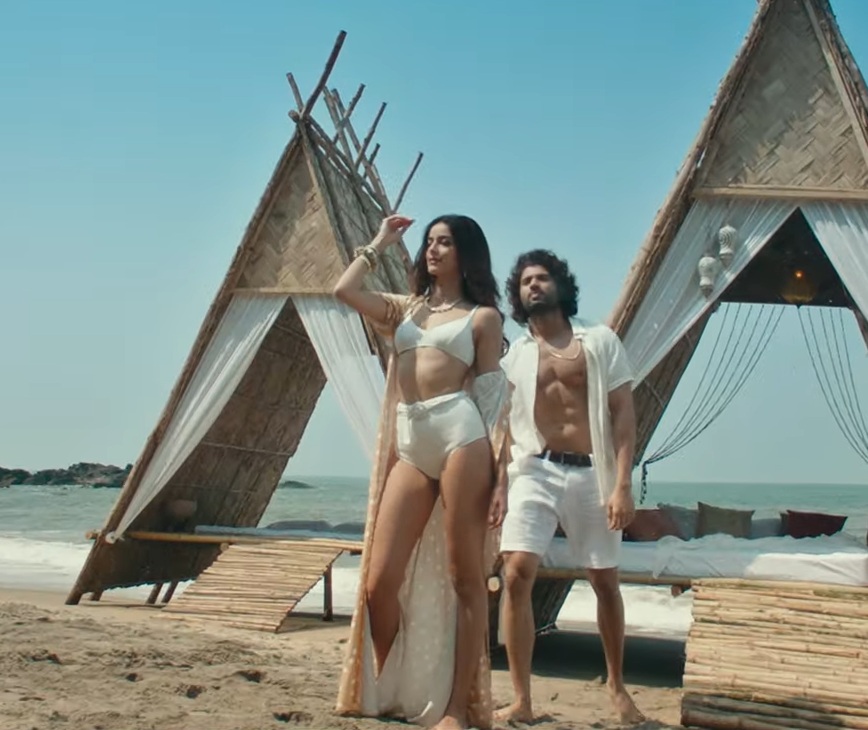 Finally the song 'Aafat' from Vijay Deverakonda's film 'Liger' has been released. The hot chemistry of Vijay Deverakonda and Ananya Pandey is being seen in this music video. The makers introduced Ananya in the song as the 'beautiful drama queen' who plays Vijay Deverakonda's girlfriend in the film. Let us tell you that this Telugu-Hindi language is one of the most awaited films of the year. Vijay Deverakonda is going to debut in Bollywood with this film. Due to this the song was not released on 5th August.

The song 'Aafat' from the movie Liger is a romantic track sung by Tanishk Bagchi and Zahra Khan. Let us inform that the makers of Liger were earlier to release the song 'Afat' at 4 pm on Friday. But due to unknown reasons, the makers changed its release date a few minutes before the release. Yes, the film's director Puri Jagannath shared a post on his official Twitter account and informed that due to technical fault, the song 'Afat' will not be released on August 5 and will be released on August 6 at 9 am.