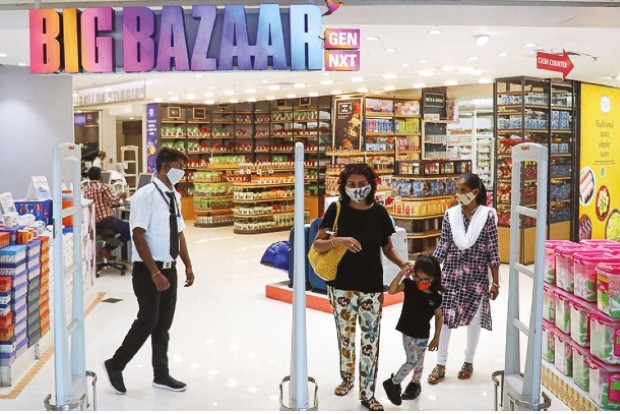 Future Group on Tuesday challenged its own lenders in the Supreme Court to avoid facing insolvency proceedings over missing payments, citing its dispute with partner Amazon.com Inc, according to a legal filing reviewed by an agency.

Future, the country’s second-largest retailer, has since 2020 failed to complete its $3.4 billion retail asset sale to a rival due to a row with Amazon, which argues the group violated certain non-compete contractual terms the two sides had. Future denies any wrongdoing.

Future told the stock exchanges this month it was unable to pay Rs 35 billion ($470 million) it owed to its lenders on Dec. 31 as it could not sell certain small stores due to the dispute with Amazon. It had hoped to use a 30-day grace period to resolve the situation.

After failing to do so, Future in a new court filing at the Supreme Court on Tuesday asked judges to order its lenders and the country’s central bank to grant more time to execute the sale, and not be classified as a defaulter.

The company’s 1,700 outlets include roughly 900 small-sized stores, with the rest being large-format hypermarkets and fashion outlets.

The latest legal challenge by Future signals growing distress at the retail group, which has said it fears liquidation and more than 27,000 job losses at its retail arm if its plan to sell assets to rival Reliance Industries fails.

Future’s filing also contained a letter from the State Bank of India to the company on Jan 15, warning the company that if it doesn’t pay the amount due to lenders, it could face legal action. This, SBI warned in its letter, could include “initiating insolvency proceedings” against Future, in line with Indian laws.

Future “finds itself in a peculiar position where it wishes to comply” with its obligations to lenders, but “the litigation with Amazon is effectively preventing it from doing so,” Future’s counsel Yugandhara Pawar Jha said in the filing.

Amazon has argued that Future violated the terms of a 2019 deal the pair signed when the US firm invested $200 million in a Future unit. The US company’s position has so far been backed by a Singapore arbitrator and Indian courts.