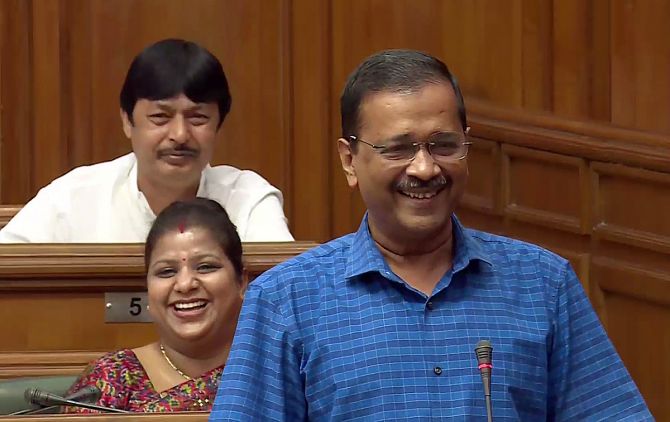 New Delhi, 25th March 2022: Aam Aadmi Party has had a massive win in Punjab Elections. Since then, AAP leaders are talking of progress and other matters, how to regulate things in Punjab. Whereas Bhagwant Mann has directed everyone got elected in these elections, to work without being arrogant. He also asked his newly elected MLAs not to sit in Chandigarh and step out in their areas to work real time. Kejriwal seems to be going nutty after this success. He has had seems to be forgetting the pain of Kashmiri Pandits and doesn't stop criticizing the makers and the movie Kashmir Files. Where addressing the house in Delhi, he talks about Vivek Agnihotri's relation with PM Modi, also he criticizes BJP Workers of pasting posters of the movie in streets. He says, that BJP workers do not do actual work for the benefits of the public but they get away from the agendas for which they were elected. In a way, Kejriwal was right that the leaders' work is to work for the nation and not for the particular races and religion. But of course, he went a mile ahead while putting the sarcastic remarks while asking the Directors of the movie to put it on Youtube so that public can watch it for free.He also objected why BJP leaders are urging to make Kashmir Files tax free. He seems to be hurt with the movie. As, his strategy to win elections is quite unpredictable. Some people might like it, of course his party members only. The others are not appreciating his act of getting funny over the serious issues and the movie which is loved by many Indians.