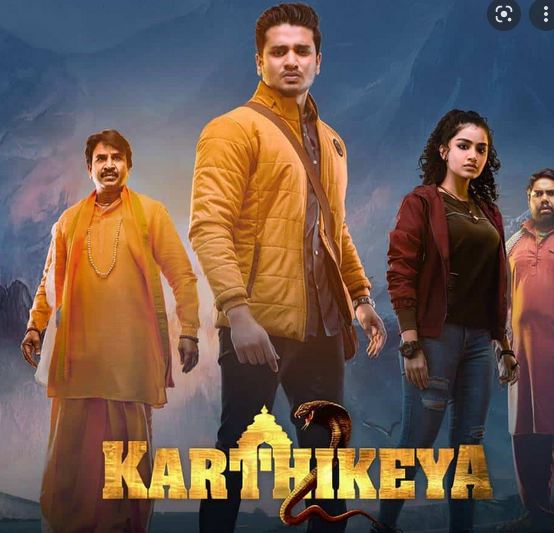 These days South dominates the box office. Hindi films are not just surviving in theatres. Recently, 'Liger' was released in theaters, which started moving towards flop from the second day itself. At the same time, Chiyan Vikram's film 'Cobra', which was released last week, was also earning well, but now Cobra's teeth are also seen breaking. At the same time, the flame of 'Karthikeya 2' is still intact. Apart from this, Ranbir Kapoor's film 'Brahmastra' is releasing at the box office this week. The film is getting a strong response even before its release. It is expected that 'Brahmastra' will end the box office drought. In the midst of all this, the figures of Tuesday's earnings of the films have come out. So let's know which film is running on which footing.

Sita Ramam
Mrunal Thakur, Dulquer Salmaan and Rashmika Mandanna's Sita Ramam still remains in the theatres. The earning of this film is still going on. Seeing the popularity of the film among the audience, the makers decided to release it in Hindi as well, but the film could not get much success in Hindi. According to preliminary figures, Sita Ramam has done a business of only about 60 lakh rupees in all languages ​​on Tuesday.

Kartikeya 2
Telugu film Karthikeya 2 is still leading the way in the theatres. People are still reaching the theaters to see this film. This film has proved to be a blockbuster after earning a great amount. The film, which started with a mere Rs 7 lakh in Hindi, has now reached the 30 crore mark. According to the latest figures, this film has so far done a business of more than 80 crores.

Brahmastra
Ranbir Kapoor's Brahmastra is getting tremendous response. Even before the release of the film, there is a lot of buzz about it among the people. Advance booking for the film is going on in full swing. According to media reports, 198609 tickets for the Hindi version of the film have been sold so far. According to the information, 175365 tickets of 3D of Brahmastra, 15229 of IMAX, and 8015 tickets of 2D have been sold so far. If we talk about earning from these tickets, then till now the film has done business of Rs 6.98 crores. In the Telugu version, 11595 tickets have been sold in 3D and 6192 tickets in 2D. The film has so far earned Rs 29 lakh from them. So far 83 thousand tickets have been sold for the film in Tamil language. Talking about the overall earnings from advance booking, so far this film has collected Rs 7.28 crore.