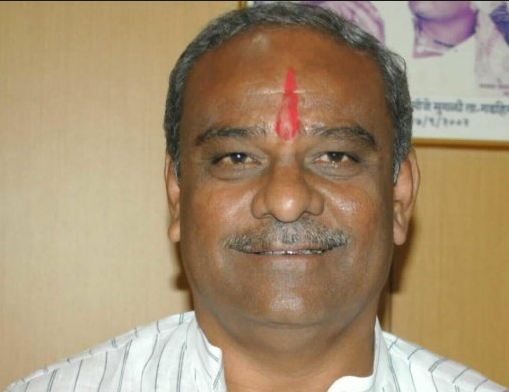 Karnataka minister Umesh Katti suffered a heart attack at his residence in Dollars Colony around 10 pm on Tuesday. After which he was taken to MS Ramaiah Hospital. Where he died during treatment.

Karnataka's Food and Civil Supplies and Forest Minister Umesh Katti died of a heart attack at a private hospital at around 10 pm on Tuesday. He was 61 years old. Karnataka Chief Minister Basavaraj Bommai has expressed deep grief over his demise. Bommai said, “I have lost a very close friend of mine. He was like a brother to me. He had some heart problem, but we never thought that he would leave us so soon. He did a lot for the state. Worked. He handled many departments efficiently. It is a huge loss to the state."

Belagavi's schools and colleges will remain closed today
CM Bommai said that his (Umesh Katti) body will be taken from the hospital by air ambulance. All the procedures will be done after public darshan in Sankeshwar till 2 pm on Wednesday. The last rites will be performed with state honors at Bagewadi in Belagavi district. A holiday has been declared for schools and colleges in Belagavi on Wednesday.

had fallen in the bathroom of his residence
According to sources, Katti had collapsed in the bathroom of her residence in Dollars Colony in Bengaluru, after which she was taken to MS Ramaiah Hospital. Where he died during treatment. Umesh Katti is survived by wife, son and daughter.

Many leaders including CM Bommai expressed grief
State Revenue Minister R Ashok said that according to doctors, by the time Katti was brought to the hospital, her pulse had stopped. He described Katti's death as a great loss to the Bharatiya Janata Party and Belagavi district. Several leaders including Chief Minister Basavaraj Bommai have condoled his death. CM Bommai tweeted, "Deeply saddened by the untimely demise of my close colleague, Karnataka Forest Minister Umesh Katti. The state has lost an accomplished diplomat, active leader and loyal public servant in his demise."

Had been an MLA for eight times

Born in Belladbagewadi of Hukkeri taluk of Belagavi district, Katti had been an eight-time MLA from Hukkeri assembly constituency. He entered politics in 1985 after the death of his father Vishwanath Katti. Katti was with the Janata Party, Janata Dal, JD(U) and JD(S) before joining the BJP in 2008. He had earlier served as a minister in the cabinets of J H Patel, BS Yediyurappa, DV Sadananda Gowda and Jagadish Shettar. Katti was in the news for his statements demanding separate statehood for the North Karnataka region and openly expressing his ambitions to become the chief minister.