India Now has 5G Internet Service How Plans will Change 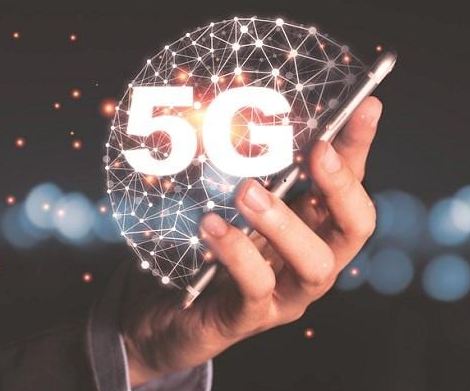 It is important to know that what is 5G? What difference will the arrival of 5G make? Will data plans become expensive after its arrival? When will the common consumer start getting 5G services? Apart from 5G speed, what other facilities will be available?

Prime Minister Narendra Modi on Saturday created history by using 5G internet service for the first time. PM Modi launched 5G technology at the inauguration of 'India Mobile Congress-2022'. This is the first time that 5G has been successfully used anywhere in the country.

In such a situation it is important to know that what is 5G after all? Who got what in this spectrum auction? What difference will the arrival of 5G make? Will data plans become expensive after its arrival? When will the common consumer start getting 5G services? Apart from 5G speed, what other facilities will be available?

What is 5G?
In simple words, 5G is the most modern level network, under which the internet speed will be the fastest. It will have more reliability and will have the capacity to handle more networks than before. Apart from this, its area of ​​presence will be more and the experience will also be user friendly. The most important thing about 5G is that it will work in the waves from the lower frequency band to the high band. That is, its network will be more extensive and high-speed.

What difference will the arrival of 5G make?
Compared to 4G, the user will get more technical facilities in 5G. Internet download speed in 4G is limited to 150 megabytes per second. In 5G it can go up to 10 GB per second. Users will be able to download even the heaviest files in just a few seconds. Upload speed in 5G will also be up to 1 GB per second, which is only up to 50 Mbps in 4G network. On the other hand, due to the greater range of 5G network than 4G, it will be able to connect with many more devices without reducing the speed.

Will data plans become expensive after its arrival?
The biggest question for users is the cost to be paid for 5G internet. Since the spectrum auction in India has been completed some time back, in such a situation, telecom companies can soon give information about their plans. However, due to the cost of bringing in the new technology, the price of 5G service is expected to be higher than 4G.

If the difference in the prices of 4G and 5G is seen in the countries where 5G services have been launched, then it is revealed that in the US, where 4G unlimited services had to be spent up to $ 68 (about five thousand rupees), while 5G This difference has increased to $ 89 (about Rs 6500). This difference varies under different plans. 5G plans are 10 to 30 percent more expensive than 4G.

However, this difference is expected to be much smaller in India, as the cost of data in India has been among the lowest in the world over the years. In March this year, Airtel's Chief Technology Officer (CTO) Randeep Sekhon had said that 5G plans will be kept around 4G. Randeep Raina, CTO of mobile company Nokia India, has also said in an interview that the prices of plans will be kept low for the early rollout of 5G in India.

When will the common consumer start getting 5G services?
According to reports, 5G services will start in 12 cities for testing from September itself. However, it may take till the first quarter of 2023 for it to reach across India. Reliance has announced to start 5G services by this Diwali in metros like Delhi, Mumbai, Chennai and Kolkata by this Diwali. The company has said to provide 5G services to every city, every taluka of the country by December 2023.

Apart from 5G speed, what other facilities will be available?
With the launch of 5G, speculations are being made to change our lives, businesses and the way we work. In fact, the advanced technology and high capabilities of 5G will connect everything - home, driverless car, smart office, smart city and advanced artificial intelligence. In many ways, 5G networks make all the better and impossible changes we often think of with technology.

It is expected that 5G technology will play a big role in the field of artificial intelligence - especially in hospitals, airports and data collection. The next generation of wireless technology won't just be limited to phones.
Will there be more towers in your neighborhood for 5G services?
A special feature of 5G is that it will use the same radio frequencies on which existing mobile data, Wi-Fi and satellite communications are running. That is, telecom companies will not install any additional towers in your neighborhood for 5G network.

Which companies got which spectrum?
The Telecom Department put out a total of 72,097.85 MHz of spectrum in the auction for 20 years. Reliance Jio Infocomm has won the highest bid in the spectrum auction. Reliance has purchased a total of 24,740Mhz spectrum. Reliance placed bids for 700Mhz, 800Mhz, 1800Mhz, 3300Mhz and 26Ghz spectrum.