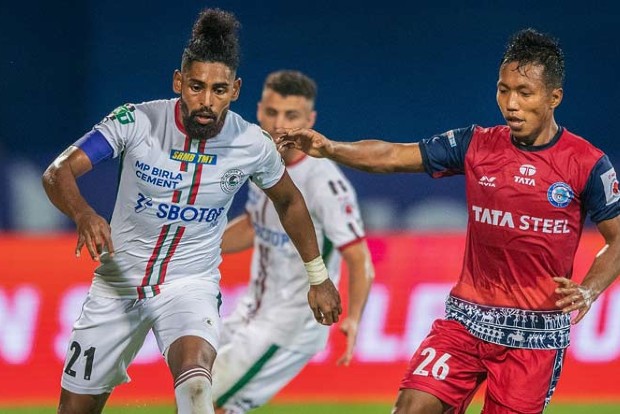 ATK Mohun Bagan suffered its second successive defeat of the Indian Super League 2021-22 season as it went down 1-2 to Jamshedpur FC at the Athletic Stadium here on Monday.

Mohun Bagan had lost 1-5 to defending champion Mumbai City FC in its previous match. Len Doungel (37’) and super substitute Alex Lima (84’) got on the scorecard for Jamshedpur on Monday, with the versatile Pritam Kotal (89’) pulling a goal back for ATKMB.