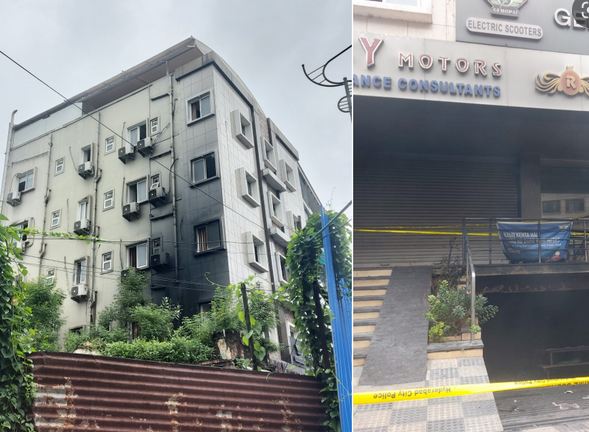 A major accident took place in Secunderabad, Telangana late on Monday night. A fire broke out in an electric scooter showroom here. It is being told that the incident happened when the electric bike was being charged here. So far eight people have died in the accident due to the fire. Police said, a woman is also among the dead.

DCP North Zone Chandana Deepti said, "Earlier the death of six people was confirmed, but later the death of two others has come to the fore." He said, most of the deaths were due to suffocation. In the investigation so far, it has come to the fore that the accident happened due to a short circuit. He said seven people were injured in the incident. Investigation has revealed that there were about 24 people in the lodge at the time of the fire.

Smoke filled the lodge
The lodge is also located above the showroom, officials said. Due to the fire, smoke filled the first and second floors, due to which people suffocated. After this people saved their lives by jumping from the building. He was taken to the hospital by the local people. However, many people got trapped in it and died of suffocation. After this, the police reached the spot, took the lead and took the people out of the building. It is being told that in this incident, five new scooters and 12 old scooters that came for servicing were burnt to ashes.

PM Modi expressed grief
Prime Minister Narendra Modi has condoled the incident. He said, "I am saddened by the death of eight people due to fire in Secunderabad. Condolences to the bereaved families. Wishing the injured a speedy recovery. Along with this, he announced a payment of Rs 2 lakh to the kin of the deceased and Rs 50,000 to the injured from the Prime Minister's National Relief Fund.