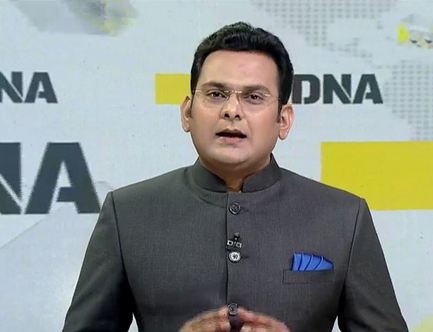 Rohit Ranjan's lawyer told the hon'ble Supreme Court, he was arrested by the Noida Police, after which he was released on bail. Now the Chhattisgarh Police wants to arrest them.
The Supreme Court has agreed to hear the petition of journalist Rohit Ranjan in the fake video case of Congress leader Rahul Gandhi. Rohit was arrested by the Noida Police on Tuesday. However, he was released on bail in the evening. Rohit Ranjan's lawyer Siddharth Luthra told that after getting bail, the Chhattisgarh Police wants to arrest him. He had demanded an immediate hearing in this matter. There was a fight between the police of both the states
FIRs were lodged against journalist Rohit Ranjan in several states for misrepresenting the statement of former Congress President Rahul Gandhi. An FIR was also registered in this in Chhattisgarh. In this case, the police had reached there to arrest Rohit on Tuesday. Ghaziabad Police also reached the spot as soon as the information was received. The Chhattisgarh Police put Rohit in the car and was about to leave when the police of Indirapuram police station reached.

There were questions and answers between the two
Ghaziabad Police asked the policemen of Chhattisgarh who are you people? Why have you come here? Got the reply, we have the warrant and have come to arrest Rohit. We are from Chhattisgarh Police. The Ghaziabad police raised another question, if you are a policeman, why should you not be in uniform and why did you not register your arrival at the police station? Got the answer, it is not necessary to register the inflow. Still giving information now.