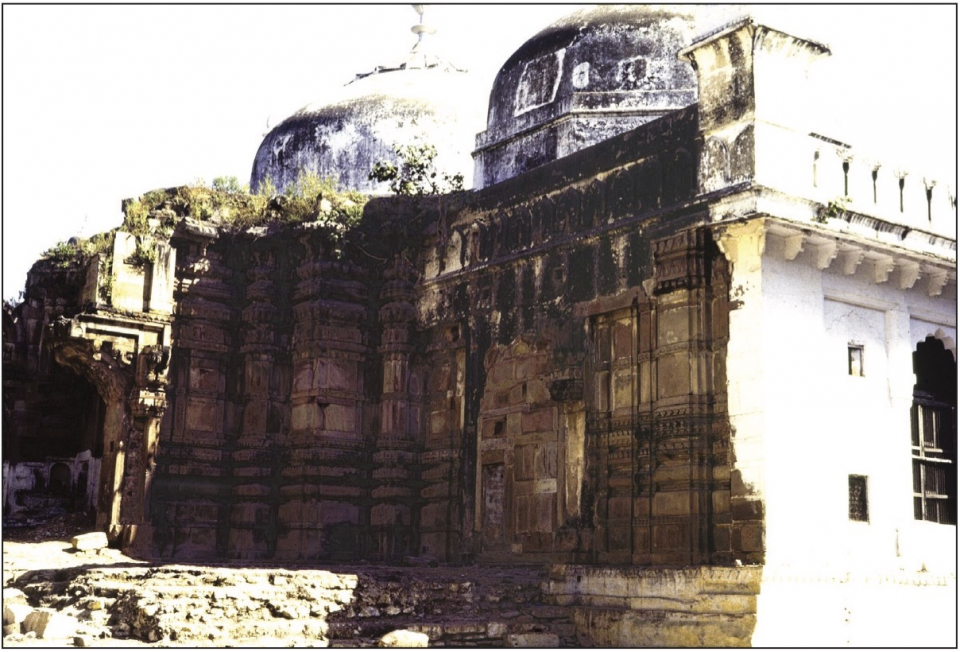 The commission's proceedings are expected to begin from Friday or Saturday on the orders of the court to bring out the truth of Gyanvapi. On Friday, a notice will be issued to both the parties on behalf of the Advocate Commissioner. After this, the commission proceedings will start from 8 am on Saturday. It is being told that today only paperwork will be done, survey work can start from tomorrow.

However, after the court, the Advocates Commissioner has claimed to complete the commission proceedings before May 17. In such a situation, the report will be prepared through videography and photography of Gyanvapi campus in the commissioning proceedings of four to five days.

In fact, on April 8, on the suit filed by five women demanding daily darshan worship of Shringar Gauri, the court appointed Ajay Kumar Mishra as Advocate Commissioner and surveyed the Gyanvapi premises and ordered to submit the report to the court by May 10. Had given.
The commission proceedings started on May 6 but could not be completed. On May 7, the Anjuman Inazaniya Masajid Committee filed an application in the court demanding change of Advocate Commissioner. On behalf of the plaintiff, an appeal was made to give a clear order to inspect the basement including the basement inside the barricading of the Gyanvapi Mosque.

However, the court has not commented on the appeal of the plaintiffs for videography of the basement. Assistant Advocate Commissioner Ajay Pratap Singh said that after the notice, the proceedings of the commission would start.
Get the survey completed as soon as possible by opening or breaking the lock

The court gave its verdict on Thursday in the matter of survey of Gyanvapi campus. The court has accepted the application for videography and survey till the basement of the premises. While fixing the personal responsibility of the Commissioner of Police and District Magistrate, the court has ordered that the survey process of the entire premises should be completed by opening or breaking the lock.

Along with this, the DGP and the Chief Secretary have been directed to monitor the entire matter and ensure that the District Magistrate and the Commissioner of Police should not be negligent in this matter. A letter will also be sent to both.

Rejecting the demand for removal of Advocate Commissioner Ajay Kumar Mishra, the court has ordered that the survey proceedings will not stop at any cost. Ajay Pratap Singh and Vishal Singh have been posted as Special Survey Advocates for their cooperation, while ordering Advocate Commissioner Ajay Mishra to continue the further survey. In the absence of any of these lawyers, the work will not stop. The survey proceedings will now be held every day from 8 am to 12 noon.
Struggling for justice for ten months

On 18 August 2021, Rakhi Singh, Laxmi Devi, Manju Vyas, Sita Sahu and Rekha Pathak jointly filed a petition in the court of Civil Judge Senior Division Ravi Kumar Diwakar, demanding that the Kashi Vishwanath Dham-Gyanvapi complex located at Shringar Gauri and Deities should be handed over for regular darshan-worship as before 1991. The status quo of the Deities of the Adi Vishweshwar family should be maintained.

In the course of hearing in this case on April 8, 2022, the court appointed Advocate Commissioner. On 18 April 2022, the district administration filed a petition through a government advocate demanding a ban on videography and photography.

The next day the Advocates Commissioner was stopped from going to the Gyanvapi Masjid and due to the protest, the proceedings of the commission were stopped. On May 9, the Anjuman Inazaniya Masajid Committee filed an application in the court to change the Advocate Commissioner. There was a long debate in this matter on May 10 and 11 and the decision came on Thursday.