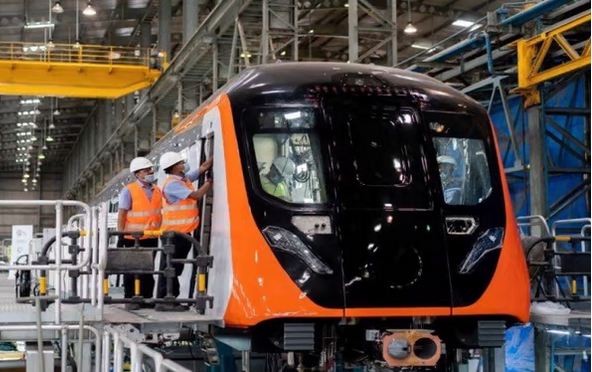 Soon you will see Metro Train running in Gorakhpur UP

In the budget of Uttar Pradesh government, one billion rupees have been received for metro operation in Gorakhpur as well as Varanasi. This is expected to give momentum to the Metro project.
The Detail Project Report (DPR) has already been approved by the UP cabinet for running the three bogie metro on two routes of the city at a cost of Rs 4672 crore. The Public Investment Board has also given its approval. The construction work is expected to start soon after getting the budget. Along with becoming the Chief Minister, Gorakshpeethadhishwar Mahant Yogi Adityanath had given instructions to conduct a survey for the metro rail in Gorakhpur.
After the survey, the DPR was prepared, which was approved only last year. Two corridors were proposed in the Rail Transit Project. The first corridor will be from Shyamnagar to Madan Mohan Malaviya Technological University. Its length is 15.14 kilometers. There will be 14 stations in this corridor. The second corridor will go from BRD Medical College to Nausad intersection. Its length is 12.70 km. There will be 13 stations in this corridor. According to the DPR, one station will be built for every one kilometer. first route
Shyam Nagar, Bargadwan, Shastrinagar, Nathmalpur, Gorakhnath Temple, Hazaripur, Dharamsala, Gorakhpur Railway Station, University, Mohaddipur, Ramgarhtal, AIIMS, Malviyanagar, MMMUT

second route-
BRD Medical College, Mughalha, Khazanchi Bazar, Basharatpur, Ashok Nagar, Vaishno Nagar, Asuran Chowk, Dharamsala, Golghar, Kachari Square, Bettiahata, Transport Nagar, Nausad Road construction work of four lane is almost complete.
The work of four lane construction on the routes through which the metro will pass in the metropolis is almost complete. Fourlane has been made from Technical University to Mohadipur via Gurung Tiraha. Similarly, the work of four lane from Mohaddipur to Jungle Kauria via Gorakhnath temple is in the last stage. Since the pillars for the metro are to be built on the divider of the four lane itself, there will be no hindrance now. With this, there will be no problem in making pillars from Gulriha to Medical College, Asuran to Dharamshala. GDA Vice President Prem Ranjan Singh said that along with Light Metro, the cabinet has got approval to make Gorakhpur city a metropolitan city. A provision of Rs 100 crore in the budget will give impetus to the scheme. It is expected that soon the work on the metro will be visible at the ground level as well.