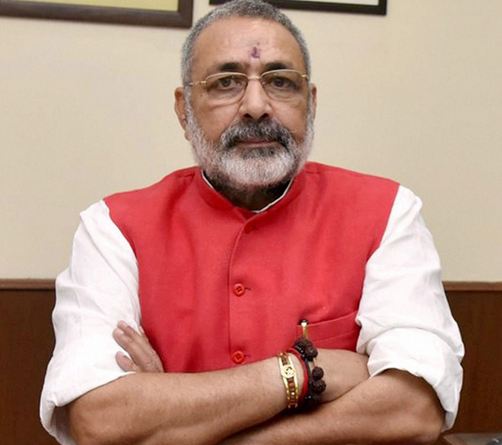 It is worth noting that in 2017, when Nitish Kumar broke ties with the RJD and joined the BJP again, Lalu Prasad Yadav had said that Nitish Kumar is such a snake that leaves its slough every two years. Giriraj Singh, who has often criticized Nitish Kumar, shared Lalu Yadav's tweet on Wednesday and said that 'snake has now entered your house'.

Giriraj Singh said that Nitish Kumar considers himself to be of prime ministerial level. His ambition drives him to drop the mandate and jump to the other side to form the government. "Whoever cannot become the chief minister himself dreams of becoming the prime minister," he said. Union Minister Giriraj Singh said that apart from his prime ministerial ambitions, there is no reason why he is jealous of Prime Minister Narendra Modi. They should first try to win the state elections on their own, without using any alliance as a crutch.

Earlier also when BJP was in alliance with JD(U), Giriraj Singh had expressed his objection several times regarding various decisions of Nitish Kumar and his stand on various ideological and Hindutva related issues.