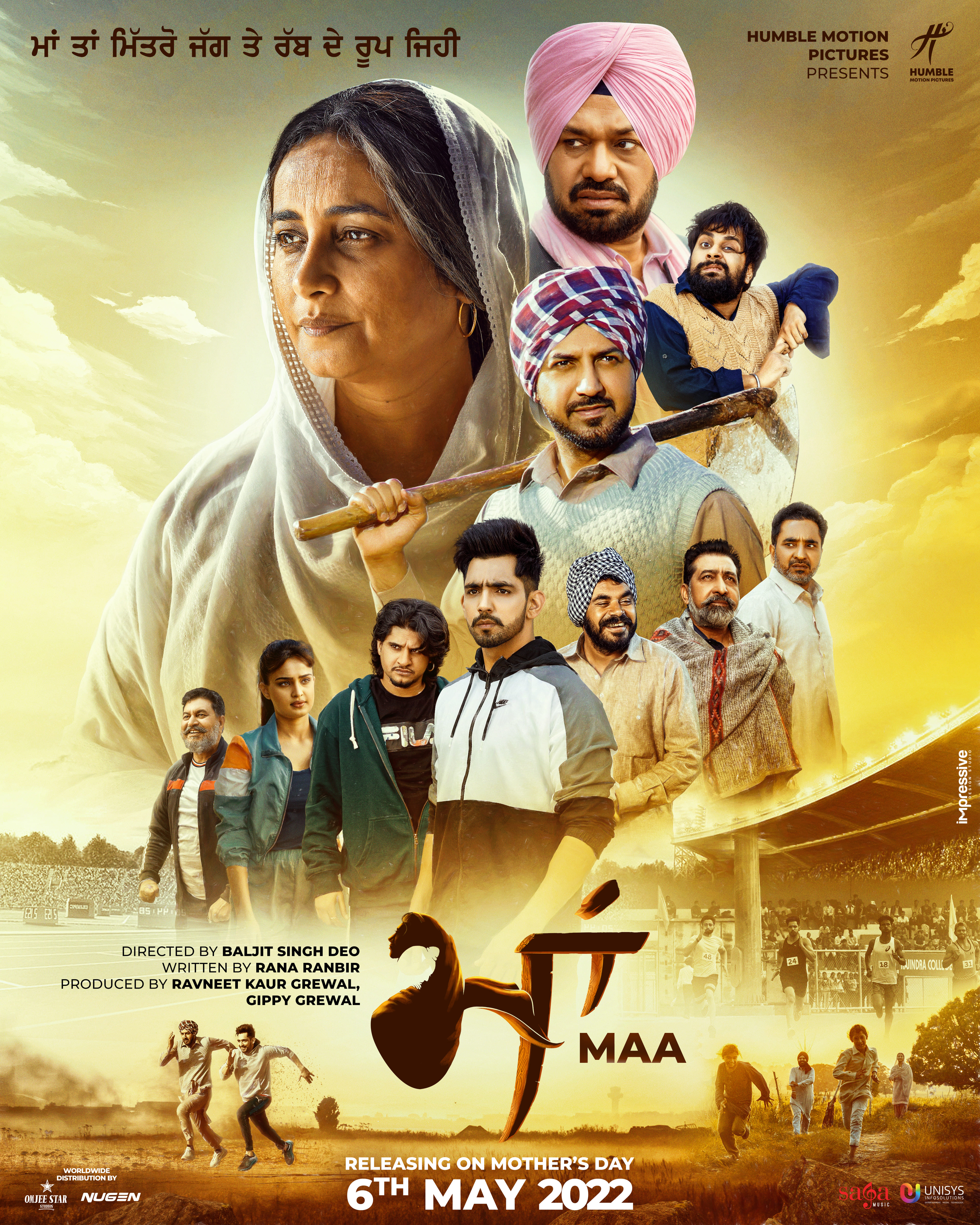 30th March 2022 On the occasion of mother’s day, Humble Motion Pictures announced the release of the movie ‘MAA’ as recently, the makers of the upcoming film revealed the first Poster of the film and the release date i.e. 6th May 2022.

The tag line of the movie “ਮਾਂ ਤਾ ਮਿੱਤਰੋ ਜੱਗ ਤੇ ਰੱਬ ਦੇ ਰੂਪ ਜਿਹੀ” explains the reality and the story in itself that what the movie will share and how they will unfold the reality on the screens.

Sharing his excitement regarding this new project, Gippy Grewal said, “Even after being in the industry for almost two decades, I have produced, directed and played role in numerous projects and commencement of new project still excites but this project is very close to me as it is for all the real-life god- Maa. This movie will be a gift to all mothers. Also, after receiving immense love for Ardaas and Ardaas Karaan, I am more excited for this movie of the same essence. ”

The worldwide distribution of the film is done by Munish Sahni’s Omjee Star Studios. The music for the film will be released under the music label Saga Music. ‘MAA’ will celebrate Mother’s Day in theatres on 6th May 2022.