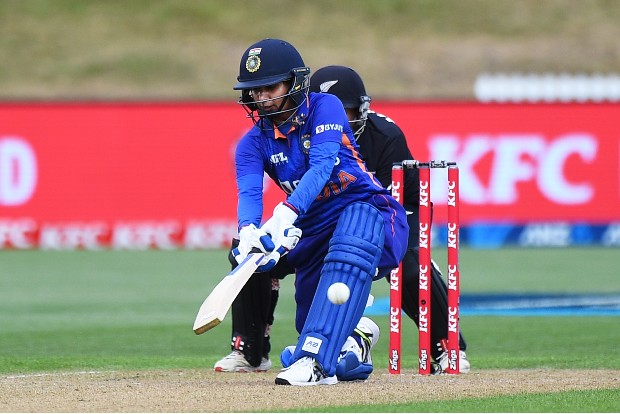 Skipper Mithali Raj’s well-crafted half-century went in vain as a flop India batting show led to a 62-run defeat for the visitor against New Zealand in the first Women’s ODI here on Saturday.

Invited to bat, New Zealand rode on opener Suzie Bates’ (106 off 111 balls, 10 fours) hundred to post a challenging 275. While responding, India never looked like being in the chase and was bowled out for 213 in the final over. The 39-year-old Mithali waged a battle for the tourist with a 73-ball 59 that included six fours.

Mithali got good support from No.3 Yastika Bhatia (41 off 63 balls, 4 fours), who dropped down to her natural position, as the combination accumulated 88 runs for the third wicket. The latter’s dismissal to Hayley Jensen (2/36) triggered an India batting collapse before pacer Jess Kerr (4/35) sealed the issue for the home team.

The only positive from the match for India was the continuation of Mithali’s dream run in 50-over cricket. She has gone past the 50-run mark on seven occasions in her last 11 innings. For a second successive game, India missed opening batter Smriti Mandhana, who is still in Managed Isolation and Quarantine (MIQ).

Earlier, Suzie struck her 11th ODI ton but India bounced back strongly by picking up the last five New Zealand wickets for just 25 runs. New Zealand was eventually bowled out for 275 in 48.1 overs. Suzie made full use of the reprieve she got on 14, when Rajeshwari Gayakwad dropped her off Pooja Vastrakar’s bowling.

Amy Satterthwaite, in at No.4, scored an invaluable 63 off 67 deliveries (4 fours) for New Zealand while four India bowlers picked up two wickets apiece.