Farewell of Queen Elizabeth to be Simple 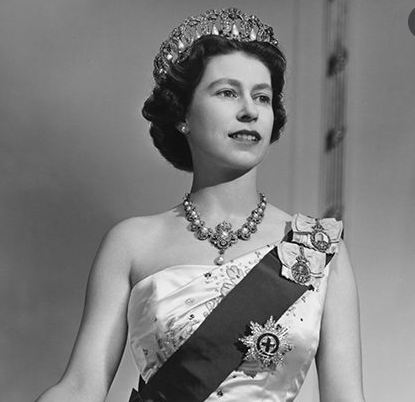 Foreign leaders attending the funeral of Queen Elizabeth II and his wife have been told that they will not be served helicopter services from the airport for funerals. Everyone has to come by bus. According to news agency AFP, about 500 foreign leaders are expected to attend the funeral. Large scale operations are being run for the safety of all these leaders. The Queen's funeral will be held next Monday, 19 September at Westminster Abbey in London.

Can't even use state car
According to documents obtained by Politico, all foreign leaders have been told that they cannot use their state car to arrive at Westminster Abbey at 11 a.m. local time. They will be taken by bus from a location in West London.

People will have to wait a long time
A huge crowd has been feared by the government for the funeral of the Queen. It has been said that there will be a long line for the last glimpse of the Queen, in which people will have to go through a long wait. The Queen's coffin will be brought to Westminster at 5 p.m. on Wednesday. From then till September 19 at 6.30 am, people will keep this coffin here.

Rules apply for last visit
Thousands of people were seen on the streets on Sunday to pay their last respects to the Queen. After this the rules were made public. It has been said that there will be a long line for the last darshan, which is expected to be very long. You will get very less opportunity to sit. This line can go on all night, which may require you to stand for several hours. It has been said that this queue will continue continuously.

Can bring a small bag with a chain
Making the rules public, it has been said that those coming here will have to go through heavy security at the airport. You can bring a small bag with only one chain with you. Larger bags can be accommodated under special convenience, but that will only happen if space is available. The ministry has said that visitors should carry essential items with them for a possible long wait. It includes an umbrella, sunscreen, power bank with mobile phone and essential medicines. Apart from this, no food or liquid will be allowed during the last darshan. Nor will flowers, candles and toys be allowed to be carried.

Have to stay calm inside the palace
In the advisory issued by the ministry, it has been said that everyone inside the Westminster Pass will have to remain silent. Everyone is advised to wear proper clothes, apart from this, it will be mandatory to switch off mobile phones during security. People queuing 30 hours before the last glimpse of the Queen