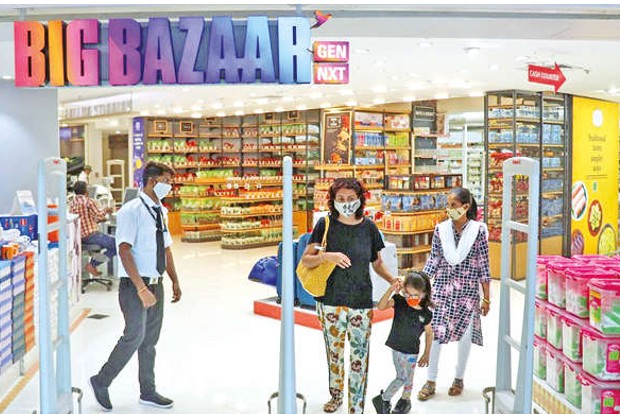 The Delhi High Court on Wednesday stayed the Amazon-Future arbitration which is going on before a three-member arbitral tribunal over the latter’s Rs 24,500-crore deal with Reliance.

Ad
New Delhi: The high court also stayed a single judge’s January 4 order that had dismissed the Future Group’s two pleas seeking a direction to the arbitration tribunal, adjudicating Amazon’s objections against the former’s deal with Reliance to take a decision on its application for terminating the arbitration proceedings before moving further.

A bench of Chief Justice DN Patel and Justice Jyoti Singh said there is a prima facie case in favour of appellants Future Retail Ltd (FRL) and Future Coupons Pvt Ltd (FCPL) and if a stay is not granted, it will cause an irreparable loss to them.

“We hereby stay further proceedings of the arbitral tribunal till the next date of hearing and we also stay the single judge’s January 4 order till the next date of hearing,” the bench said while listing the matter for further hearing on February 1. The high court also issued a notice to Amazon.com NV Investment Holdings LLC on the appeals filed by FRL and FCPL challenging the single judge’s order.

Amazon and the Future Group have been locked in a bitter legal tussle after the US e-commerce giant dragged the latter to arbitration at the Singapore International Arbitration Centre (SIAC) in October 2020. Amazon argued that FRL violated their contract by entering into a deal for the sale of its assets to billionaire Mukesh Ambani’s Reliance Retail on a slump sale basis for Rs 24,500 crore.Meanwhile, the Enforcement Directorate (ED) also told the Court that in view of the pandemic, it will not for the time being insist on physical appearance of people in connection with its probe against an Amazon subsidiary under the Foreign Exchange Management Act (FEMA). The oral assurance was given by Additional Solicitor General SV Raju, appearing for the central agency, on petitions by Amazon Wholesale (India) Pvt Ltd and Amazon Seller Services Pvt Ltd challenging the jurisdiction of the ED and its officers to investigate the first company and seek information pertaining to Amazon’s ongoing arbitration with the Future Group.

Justice Rekha Palli listed the case for further hearing on January 12 and asked the senior lawyer for the agency to “advise officers that if they want any information, they will do so through video conferencing.”

“Because of COVID-19, we will hold our hand (on insistence on physical appearance),” said Raju.

Lawyer Amit Mahajan, also appearing for the ED, added that the agency would not ask any person connected with the petitioners to come to Delhi.