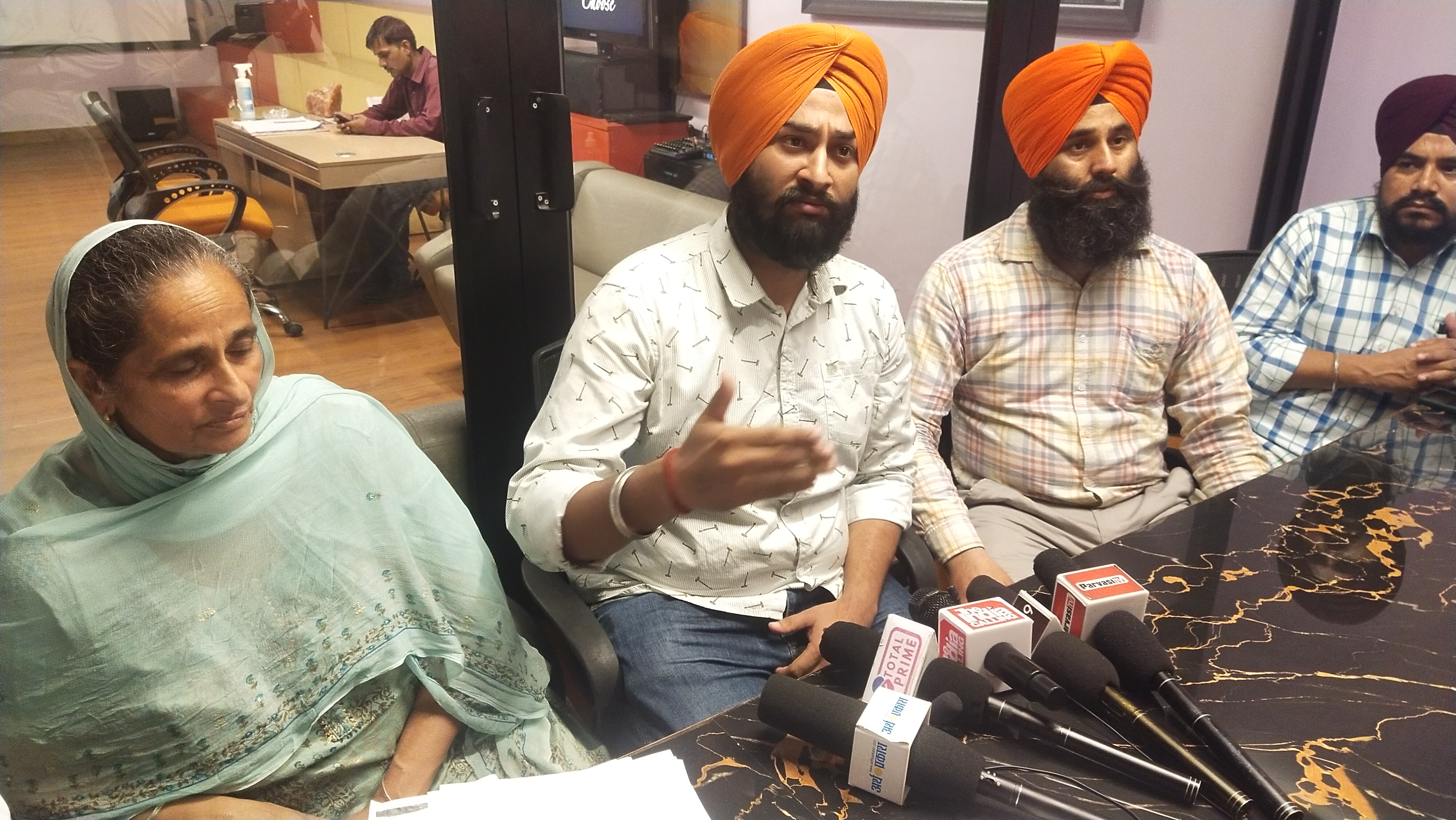 Police inaction against the accused of suicide

Demand to arrest the culprits who compelled for suicide

Satwinder Singh, a resident of Mauli Jangra, Chandigarh, has appealed for the immediate arrest of those who forced his father Pal Singh to commit suicide. He said in a press conference here today that even after three months of lodging the FIR, the accused are roaming free and threatening the family of the deceased.

Satwinder Singh said that his father Pal Singh had given all the money received after retirement to his brother Jeet Singh.After getting the money, Jeet Singh bought an Indica car for his son Avtar Singh Tiger. Six months ago, when Pal Singh asked for money to get the household work done, the brother not only refused to pay, but also made many false allegations.

He said that when his father went missing from the house on May 4, 2022, his family members lodged a missing complaint the next day. Later, on May 11, his body was recovered from the canal near Rajpura. He had committed suicide by jumping into the canal between Fatehgarh Sahib and Sirhind. At the same time, a suicide note was found in Latheri from his Activa scooter, in which he had written that both the brothers (Jeet Singh and Ratan Singh) harassed him a lot and made him work as a laborer. On top of that, they also accused him of selling ‘tudi’ by theft.

Satwinder has lodged a police report against Jeet Singh, Ratan Singh, Avtar Singh, and Navdeep Singh at Mauli Jagran Police Station, but even after three months, the accused were roaming freely. Their anticipatory bail application has been rejected by the lower court, yet they have not been arrested. He has requested the Chandigarh Police to arrest the accused immediately.