BMW to launch 3 EVs in India in 6 months 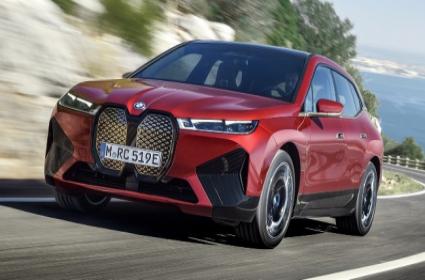 BMW to launch 3 EVs in India in 6 months

The premium space for electric vehicles in India is exploding . Tesla is on the horizon, while Mercedes-Benz has the EQC on sale, Audi has the eTron and the eTron GT and Porsche’s Taycan also making headway recently. Not one to miss out on the competition, BMW India has announced the start of their electric vehicle campaign, with 3 new electric vehicles set to go on sale in India over the course of the next 6 months.

The onslaught of electric vehicles will be led by their electric flagship the iX electric SUV which is slated to launch in the next 30 days. This will be followed by the Mini electric which will launch in the next three months, and finally the i4 sedan will make its way to India in the first half of 2022.

All three of the vehicles will -- at least for the immediate future -- will come to India via the CBU route.

The first launch, the iX, the group’s new technology flagship, is an AWD electric SUV with 425km of range. The iX will also have a comprehensive use of either natural materials or recycled materials and will be produced with 100 per cent "green electricity" and use zero rare earth metals and zero raw materials from deep sea mining.
That said, it will also run two electric motors in tandem and get from 0-100 in 6.1 seconds. While the iX is sold globally in two power trims the iX 30 and the iX 50, it remains to be seen whether BMW will bring both or only one version of the iX to India. Some sources suggest that BMW could launch the iX as early as the first week of December.