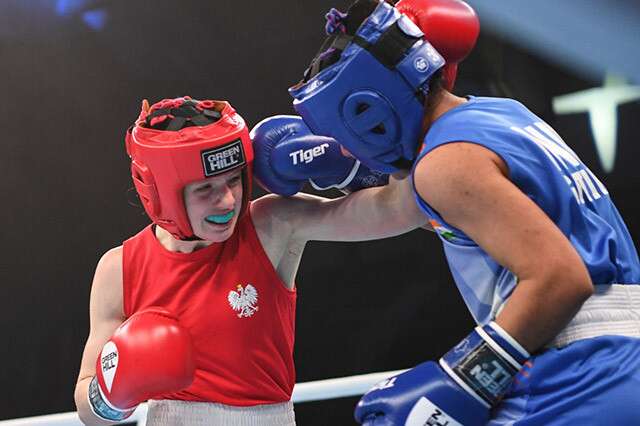 Vini (50kg) and Yakshika (52kg) were the other two pugilists to make their way into the finals on the seventh day of the competition.

Vini (50kg) and Yakshika (52kg) were the other two pugilists to make their way into the finals on the seventh day of the competition.

Beginning the day's proceedings for India, Mahi looked solid in her attack during the 46kg semi-final against Jordan's Sadeen Alramhi. Her powerful punches were enough to unsettle the local boxer as Mahi continued with her aggressive approach before the referees stopped the contest in the third round.

Next in action, Palak was equally dominant during her 48kg semi-final bout as she outpunched Kazakhstan's Gaukhar Zarden by a unanimous margin without breaking a sweat.

Later on Tuesday, defending champion Nikita Chand (60kg) along with six more Indian junior girls will fight for a place in the final.

The Indian contingent has secured 21 medals in the junior section at the prestigious continental event where both the age groups of men and women-youth and junior-are being played together.

Among girls, 11 boxers have confirmed medals with semi-finals berths while Nirjhara Bana (+80kg) will play directly in the final. On the other hand, nine boxers have entered the Last-4 stage in the junior boys' category.

Meanwhile, it was heartbreak for Ayush (57kg), Rudra Pratap Singh (60kg) and Anjani Kumar Mummana (67kg) who ended their campaigns with quarter-finals losses at the tournament which has been witnessing strong competition in presence of 352 boxers from 21 countries including India, Iran, Kazakhstan, Mongolia, Tajikistan and Uzbekistan.