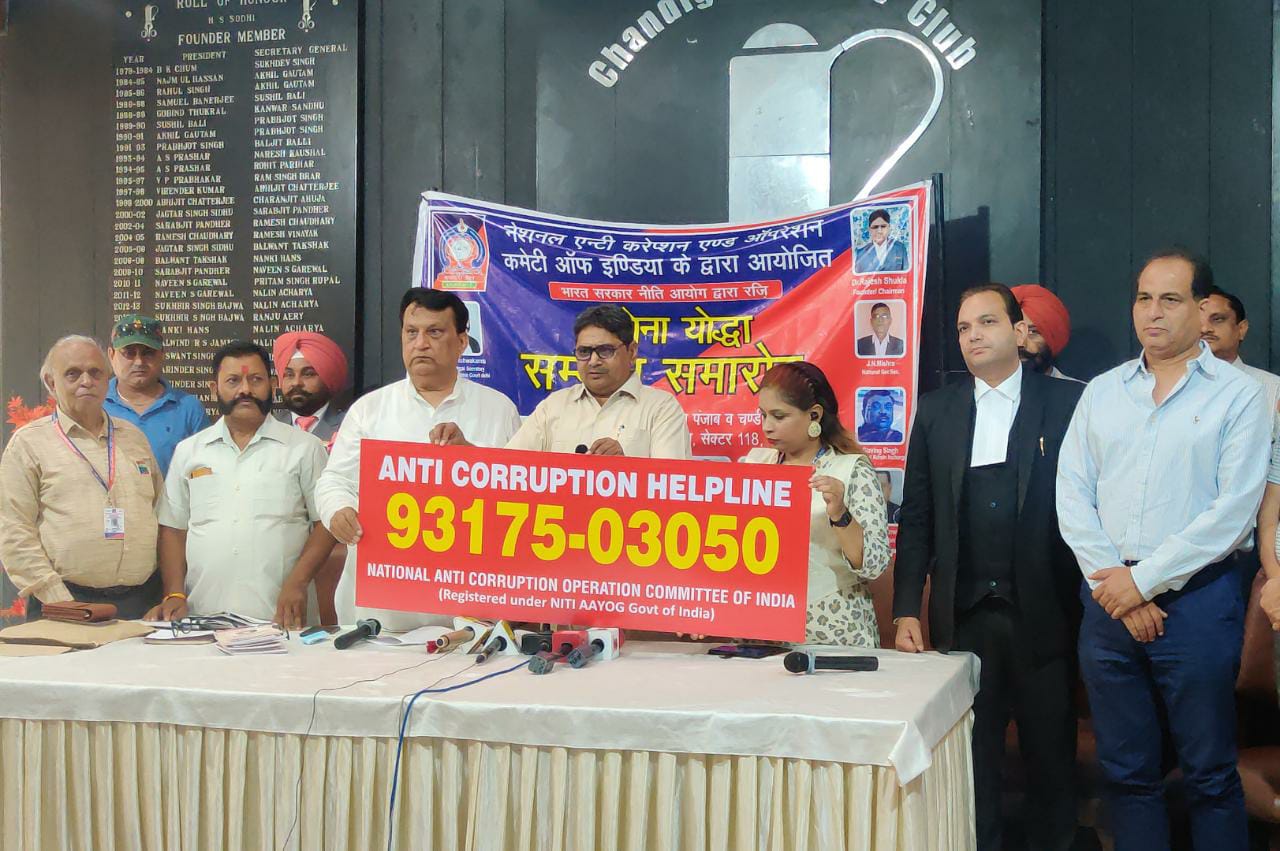 Any citizen of the city can register a complaint on this helpline number , action within 48 hours and   the information about the action taken to redress that complaint will be made public on the Facebook page of the organization within 30 days.
while answering question from media person the National President of the committee, Dr. Shukla said that Anti-Corruption Helpline is run by almost all the governments and all political parties, but they remain like other promises, whereas our organization has been uprooting corruption from the society for last several years. Efforts are being made to eradicate  corruption  and today a big step is being taken in Chandigarh by taking the citizens of Chandigarh along and this step will be repeated sequentially across the nation. Chetan Verma said that due to wrong policies of Chandigarh Administration, the traders of Chandigarh are forced to migrate from Chandigarh. Hitesh Puri said that instead of approving the need based changes of the residents, the Chandigarh Administration is hanging the sword of 400 times penalty on city residents .