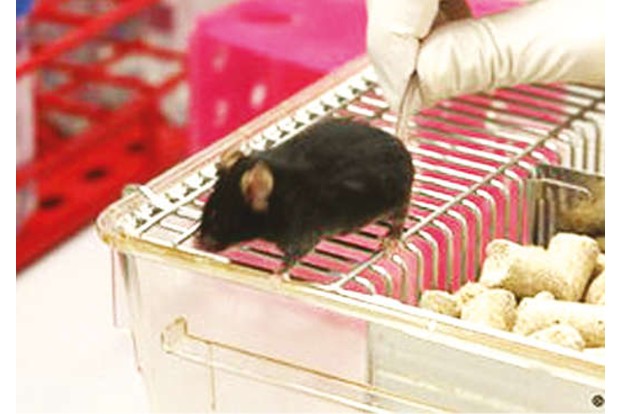 Voters in Switzerland are casting their ballots in a referendum on Sunday to decide on a range of issues from barring animal testing, to boosting financial support for local media, to tighter tobacco curbs.

Voters in Switzerland are casting their ballots in a referendum on Sunday to decide on a range of issues from barring animal testing, to boosting financial support for local media, to tighter tobacco curbs.

If the referendum passes, Switzerland would become the first country to ban animal testing. Voters will also decide whether to tighten curbs on tobacco ads — but both measures face substantial industry pushback.

The referendums could have a significant impact on two of the country’s major industries — the pharmaceutical sector and the tobacco giants who are headquartered in Switzerland. One of the most significant measures on the ballot is whether voters will agree to a “ban on animal and human experiments.” It would be the world’s first country to bar tests on animals.

Animal welfare campaigners gathered enough signatures to put the question on the ballot. The initiative calls for a total ban on all experiments on animals and humans in the future, as well as an import ban on any new products that were developed as a result of animal testing. Supporters of the ban say that the practice is unnecessary and ethically wrong, calling the practice “inexcusable.” They argue that researchers are able to create new methods to test medications and chemicals without involving animals. They argue a ban would drive innovation in scientific fields, and that pre-ban products would still be allowed to be used.

Opponents of the ban, which includes the Swiss parliament, say that the ban would have wide-ranging impacts on the development and production of new medications, vaccines, therapies and chemicals. They also have criticised the initiative for being too vague concerning the “human experiment” portion of the ban, saying it is unclear whether that would bar research in medicine, biology, and sports sciences.

Around 500,000 animals — including mice, rabbits, rats, and others — are killed in laboratories in Switzerland each year.

Analysts say the ban is highly unlikely to garner enough support. Recent opinion polls showed it failing by a large margin, with 68% of respondents opposing the ban.

Another crucial measure concerns implementing stricter curbs on tobacco advertising — specifically limiting ads where minors are likely to see them. The measure would bar tobacco ads from billboards, newspapers, movie theatres, cultural events, as well as online. Campaigners who support the measure say that loose tobacco advertising regulations have hindered efforts to curb tobacco use in the country — where over 25% of adults use tobacco products.

Compared to other countries in Europe, Switzerland’s tobacco advertising rules are especially lax. Advertisements for tobacco products are broadly legal on a national level, except on TV and the radio.

Major tobacco companies have their headquarters in Switzerland — including the world’s largest tobacco firm Philip Morris International — and they have long lobbied to keep advertising regulation light.

Both the Swiss government and tobacco companies oppose the measure, arguing that it goes too far and could impact advertising for other industries.