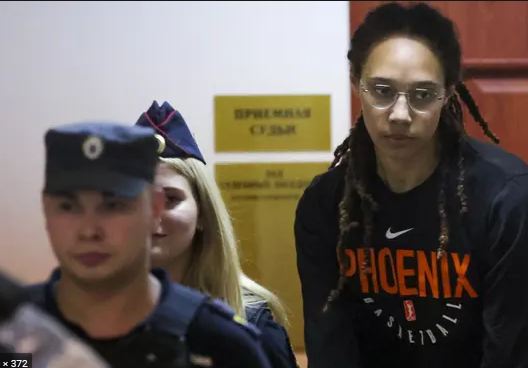 American Professional basketball player Brittney Griner has been sentenced to nine years in Russia. She has been found guilty of bringing narcotics into Russia.
Moscow: A Russian court has sentenced American basketball star Brittney Griner to nine years in prison. The court on Thursday found him guilty of intentionally bringing narcotics into Russia (Brittney Griner). The court also fined Britney one million rubles (about US$16,990). US President Joe Biden has called the court's decision unacceptable.

When Griner was being taken out of the court in handcuffs, she told the media present, 'I love my family.' Griner is a two-time Olympic gold medalist. The Women's National Basketball Association (WNBA) star Griner was arrested about six months ago in mid-February when she visited Russia to participate in a sporting event.

There may be exchange of prisoners
The verdict against Griner could be followed by the consideration of an offer for his release that could lead to a prisoner exchange between the US and Russia. Under this, a proposal was being made to release a famous Russian smuggler of weapons serving a sentence in America in exchange for Griner.