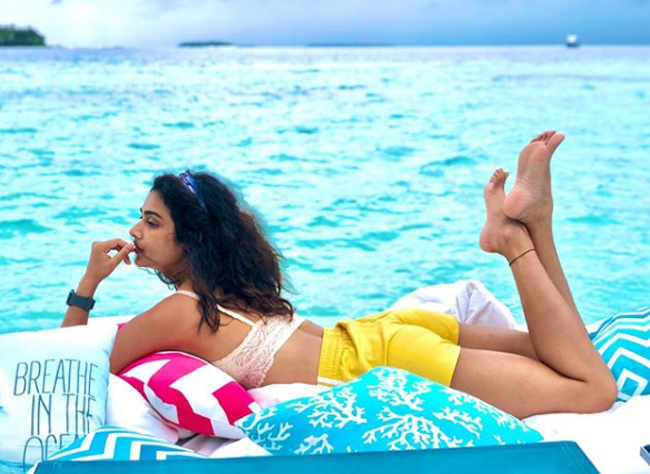 Aakanksha Singh (born 30 July 1990) is an Indian actress who works primarily in Hindi and Telugu films. She started her career with theatre, made her acting debut with the television series Na Bole Tum Na Maine Kuch Kaha (2012) and her film debut with Badrinath Ki Dulhania (2017).

Singh made her Telugu debut with Malli Raava (2017) for which she was nominated for the SIIMA Award for Best Female Debut – Telugu. She made her Kannada debut with Pailwaan (2019) and her Tamil debut with Clap (2022)
Singh was born on 30 July 1990 in Jaipur, Rajasthan. Her mother is a theatre artist. Singh is a physiotherapist by education

Singh made her acting debut in 2012 with the television show Na Bole Tum Na Maine Kuch Kaha. She played Megha Vyas/Bhatnagar, a widow with two children and won Indian Telly Awards Best Fresh New Face (Female) for her performance. The show ended in 2013, with two seasons.

She next appeared in the finite series, Gulmohar Grand. The show was a series based on the hotel industry and ended with 17 episodes. Akanksha has also been part of Box Cricket League for the team Ahmedabad Express in 2016